Walking over the paths of the Helderberg Nature Reserve in South Africa which cut through the Fynbos in the Hottentots Holland Mountains, we encountered numerous Cape Sugarbirds. 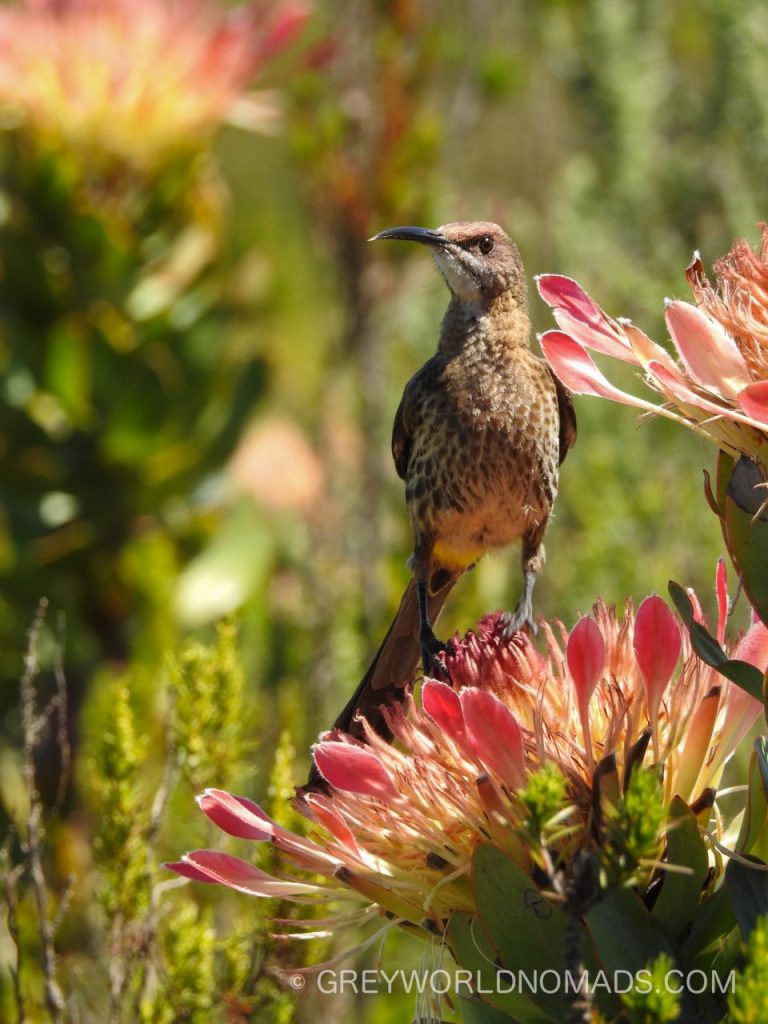 The Cape Sugarbird shows a distinct preference to protea plants as seen in this photo.
Its feathering is brown above and paler below. The undertail is bright yellow, and the top of the head is dull brown.

Most striking is that the male has a tail which is twice the length of the body. 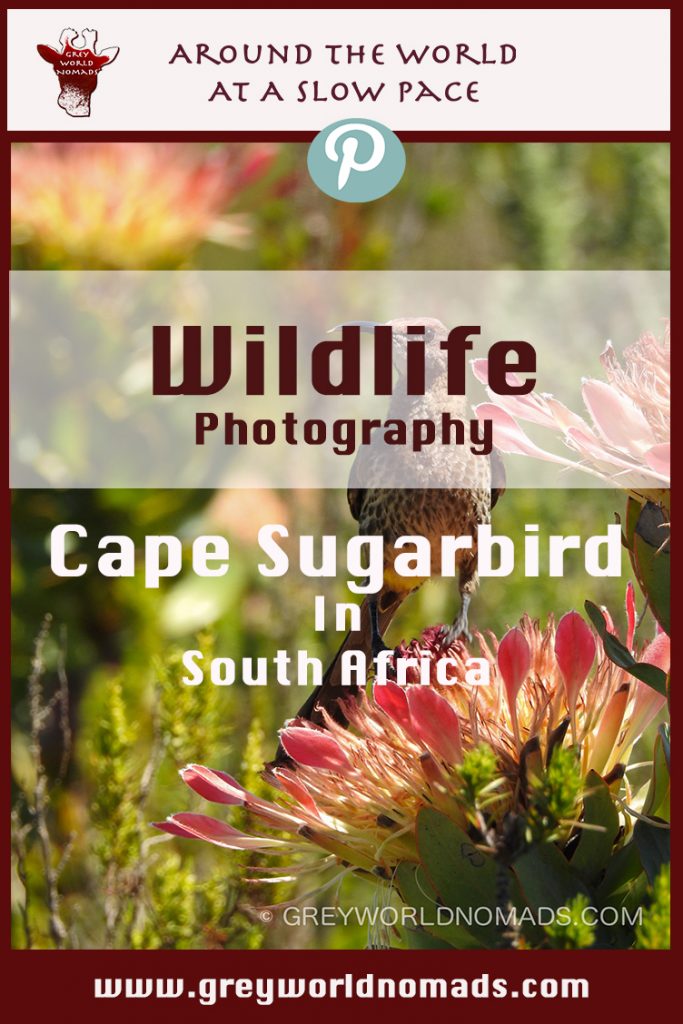