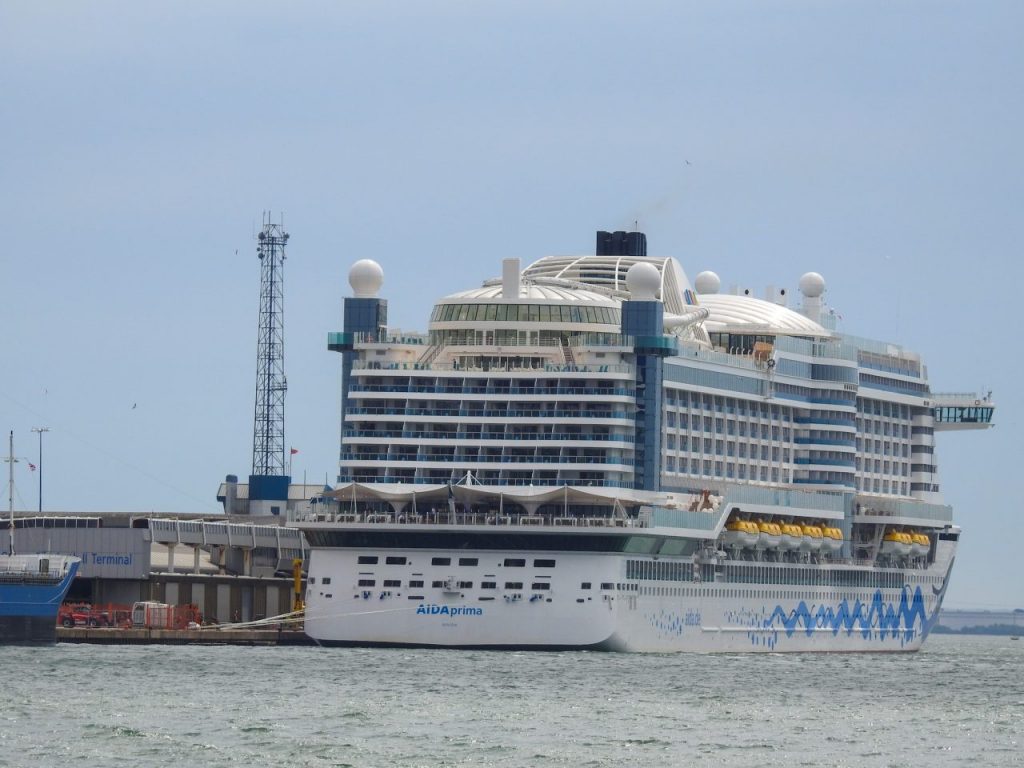 We were house sitting near Southampton in the countryside and so the opportunity arose to visit Southampton. Here you find our brief introduction to Southampton and what there is for you to visit on a bit more than a day trip.

Southampton is cruise capital of Europe

At the head of Southampton Water lie the sprawling docks that made Southampton Britain’s major passenger port and the home of the Luxury Cruises of the Cunard Company. It is nowadays known as the cruise capital of Europe and plays host to over four million visitors a year! Close by, near the old entrance to Royal Pier, there are regular ferry and hydrofoil services to the Isle of Wight.

It’s history goes back more than 1’000 years; it was the site of the Roman port of Clausentum, it was William the Conqueror’s port for his ships coming from Normandy; and it was from Southampton that the Pilgrim Fathers set sail in 1620 – though they called at Dartmouth and Plymouth before crossing the Atlantic.

The six miles of quay include the Ocean Dock, where the Mauretania, Queen Elizabeth and Queen Mary once towered above the warehouses. In Mayflower Park on the Western Esplanade a memorial marks the spot from which the Mayflower transported the first English Separatists, known today as the Pilgrims, to the New World in 1620.
- Swipe left/right to see more

Architectural testimonies of the past

Despite heavy bombing during the Second World War, Southampton still retains many of its old buildings, including the 16th-century Tudor House, the Norman Bargate and the towers of the old town walls. Wool House in Bugle Street was a medieval warehouse in which French prisoners of war were housed during the 18th and 19th centuries.

The Solent Sky Museum in Southampton is dedicated to R.J.Mitchell, who designed the Spitfire fighter plane. Mitchell was chief designer of the Supermarine Aviation Works at Woolston, now part of Southampton and the museum contains one of the last Spitfires built and a Supermarine S6 seaplane from which the fighter was developed.
But there is also another tranquil side of Southampton:

Relaxing parks to recover from sightseeing

Statue of Richard Andrews, Industrialist and Politician of Southampton (1798-1859)

If there is more time you might want to explore more around Southampton:

Sightseeing and museums close to Southampton

- Swipe left/right to see more
Titchfield Abbey
Remains of a Tudor mansion with line chimneys. Initially home of a community of Premonstratensian canons in the 13th Century. After the Suppression of the Monasteries, Henry VIII gave the abbey to Sir Thomas Wriothesley, Earl of Southampton, who transformed the buildings into a grand Tudor mansion called Place House.

Do you know more worthwhile to visit for a first timer in and around Southampton?