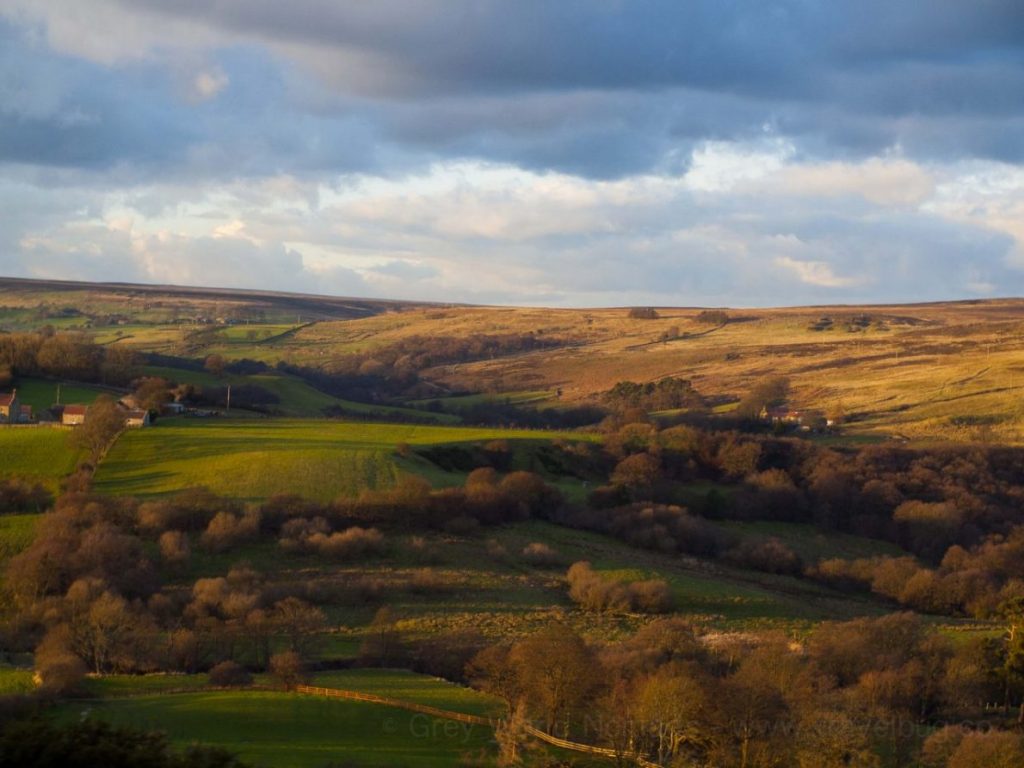 The Secrets of the North York Moors

Westwards from the North Yorkshire Coast, the windswept North York Moors spread over rolling hills which rise up to 454 meters at Round Hill, the topmost point not far from the coast. A sense of space marks the moors, where in late summer ridge upon ridge of heather moorland extend their purple carpet into the distance.The secret valleys which divide the plateau with deep scars from North to South contrast with the upland solitude. 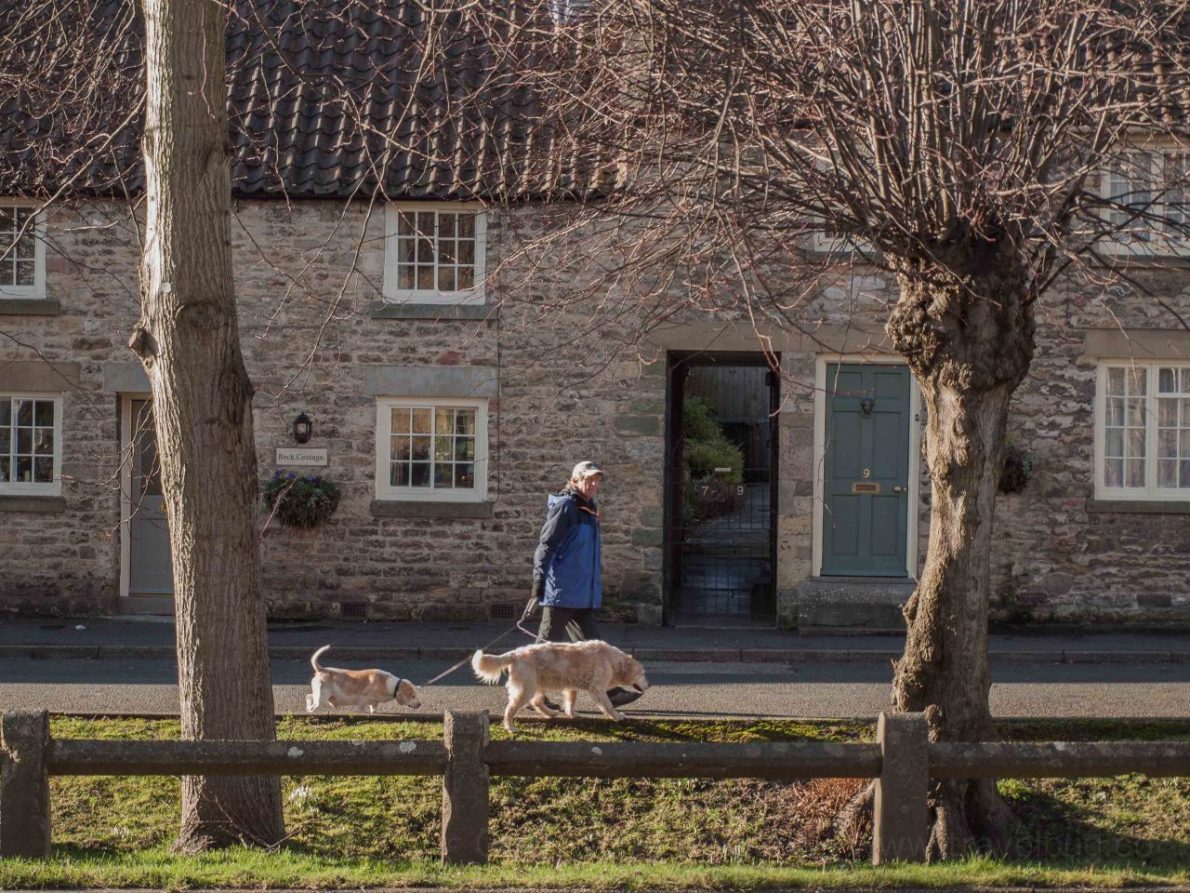 The North York Moors have been in existence since 1952 as a National Park in North Yorkshire containing one of the largest expanses of heather moorland in the United Kingdom. The heather covers fully one-third of the National Park—the largest acreage of such habitat in all of England and Wales. Most of the moors are privately owned and managed for grazing sheep or shooting grouse. 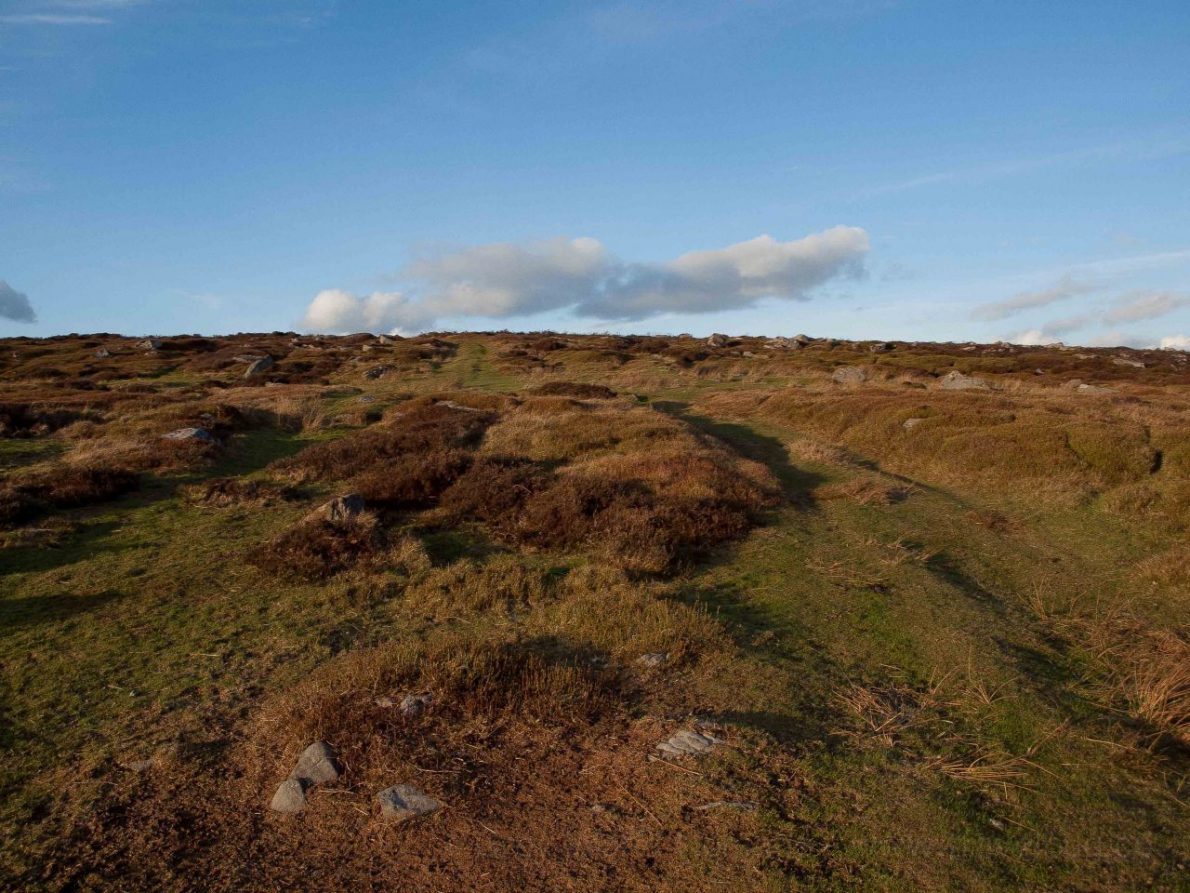 It takes a special kind of plant to thrive in moorland areas, where the weather is often cold, wet and windy. Heather plants grow together, forming a thick, bushy shrub, sometimes up to half a meter tall. This helps the plant to survive strong winds. Heather also has tiny, narrow leaves, which stop the plant from losing too much water as the winds blow across the moors. Nectar from heather flowers makes excellent honey, and local beekeepers often bring their hives onto the moors in late-summer when the heather comes into bloom. 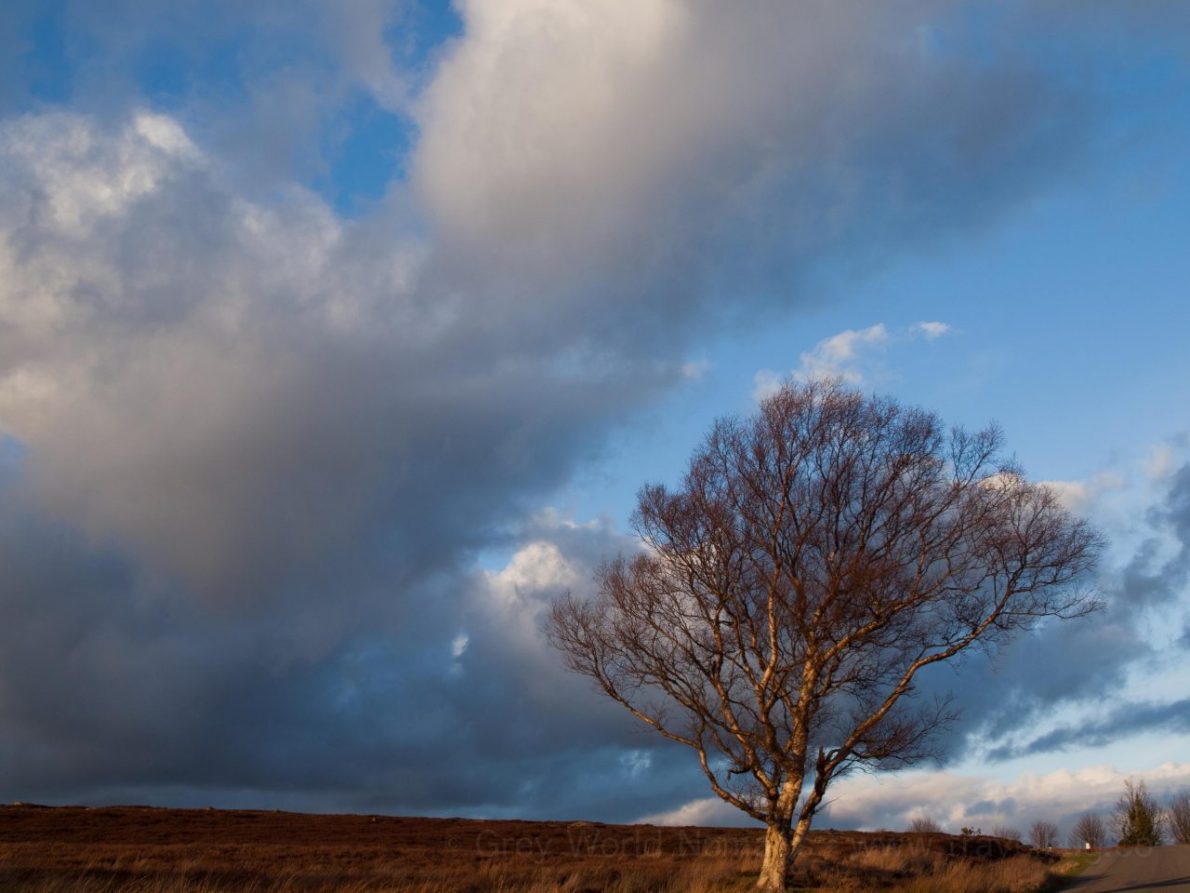 But it’s not all about Heather only. North York Moors is England’s most wooded National Park. Forests cover twenty-two percent of its area with trees like native oak, ash, birch, and rowan. That’s why the North York Moors make for a diverse and most exciting country for outdoor activities. It’s a walker’s and cyclist’s paradise as more than 2’300km of paths and tracks criss-cross the moors. 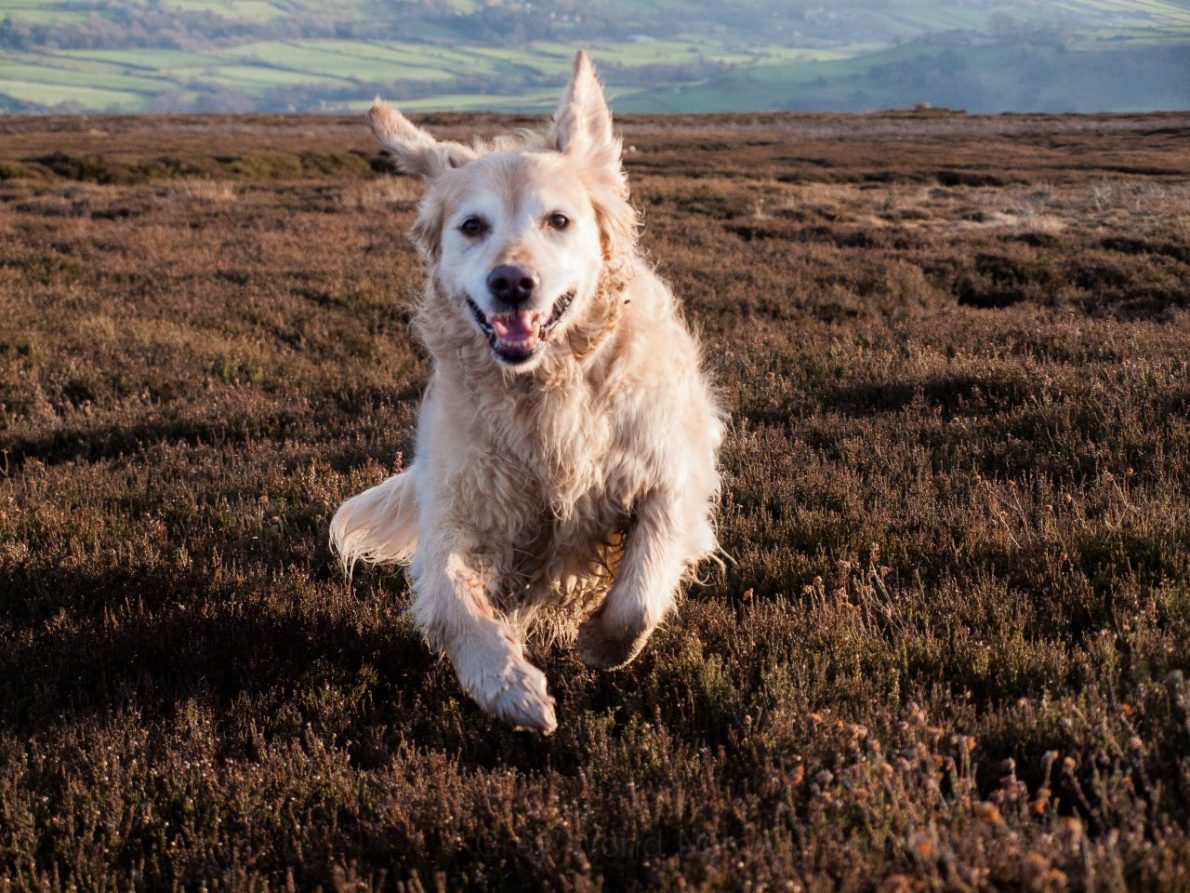 Beside the natural beauty, the National Park astonishes with some cultural gems like a picturesque steam railway or ancient castles and churches. 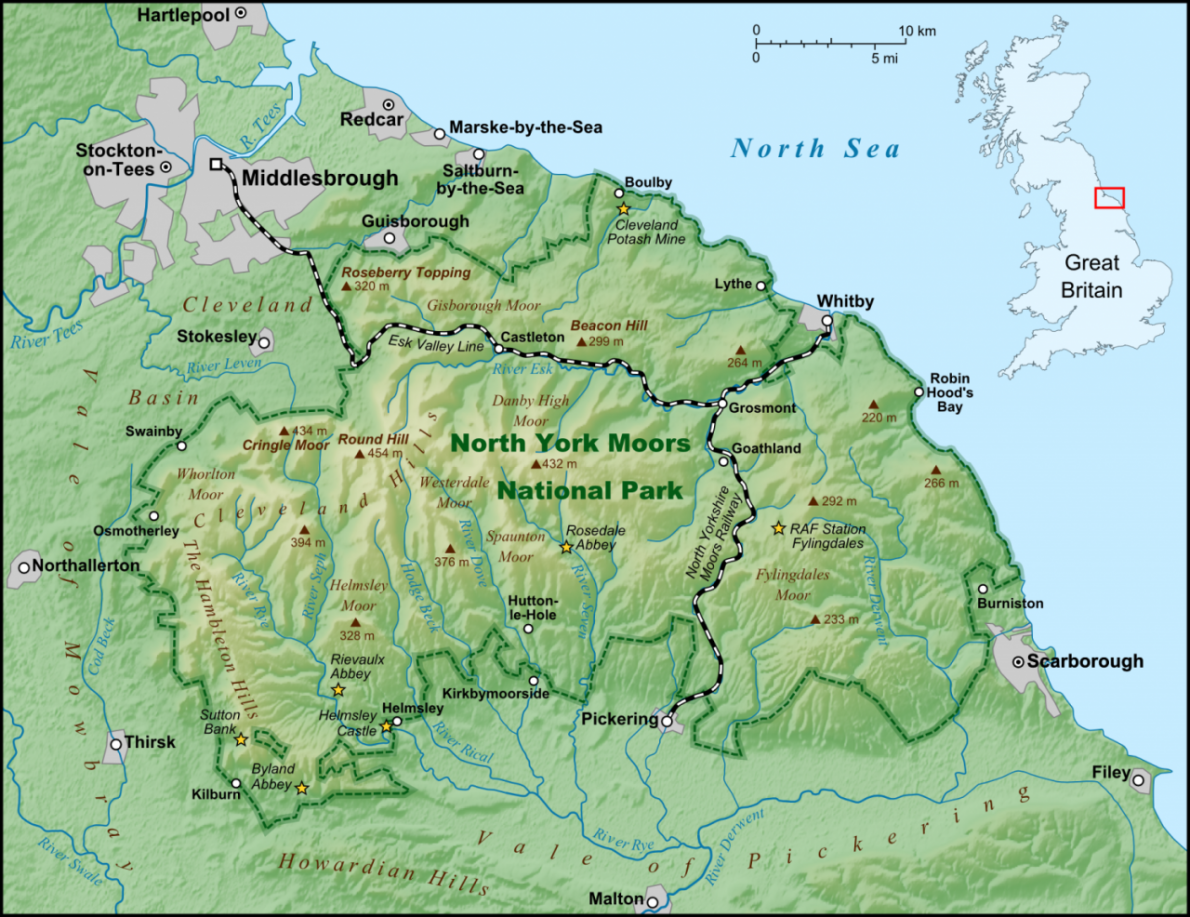 Helmsley is a market town on the edge of the Moors and civil parish in the Ryedale district of North Yorkshire, England. There’s a bustling market square, dramatic castle ruins annexed by stunning gardens. It is surrounded by mile after mile of the beautiful North York Moors. The Cleveland Way and Ebor Way, begin from here. 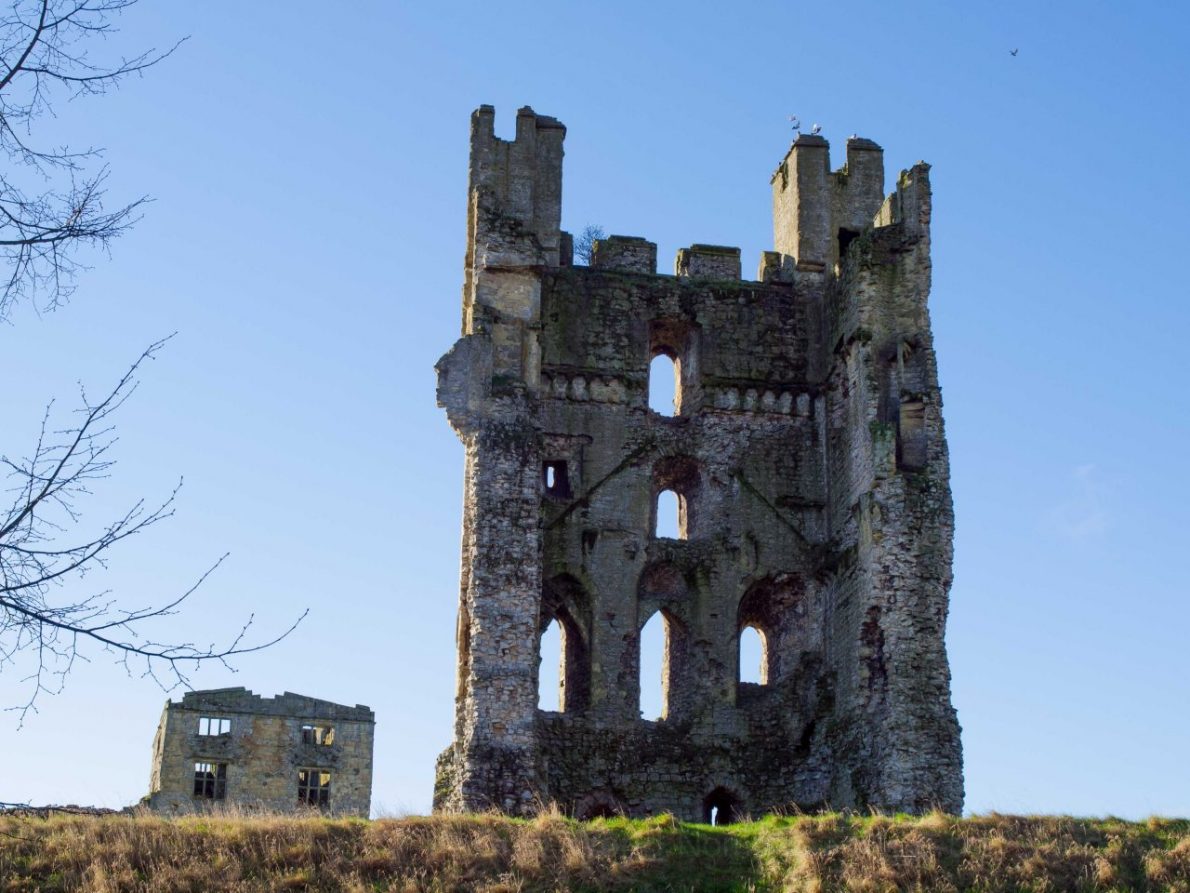 Nestled in the heart of the North York Moors National Park lies the idyllic village of Hutton-le-Hole. It is one of North Yorkshire’s most popular villages. The Ryedales Folk Museum offers a unique glimpse into the past. 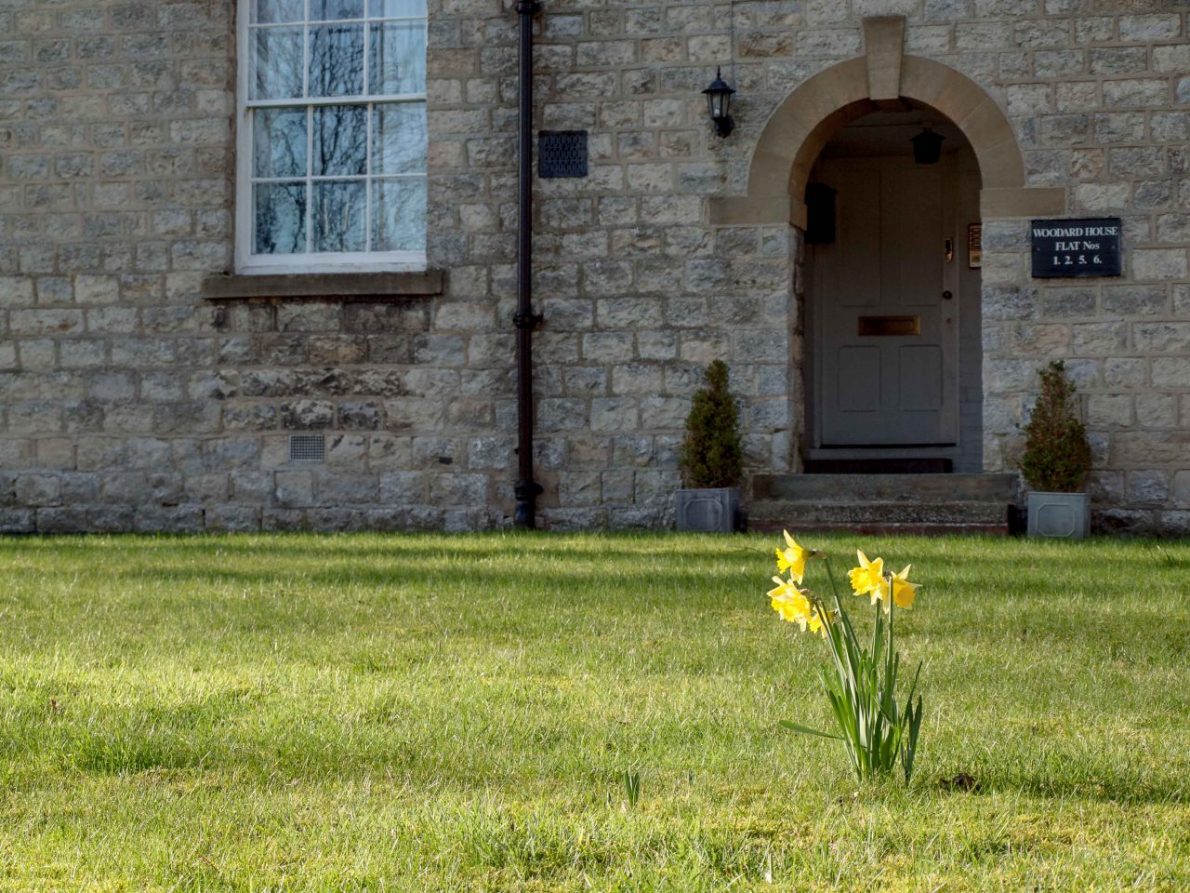 Heading to the coastline, the breathtaking cliff-top Whitbey abbey ruin towers over the town Whitby. From the abbey stunning walks follow the coast. Views over the Old Town with its harbor and beach, which at its edges gives way to spectacular steep cliffs dropping into the unforgiving rough sea’s are breathtaking. 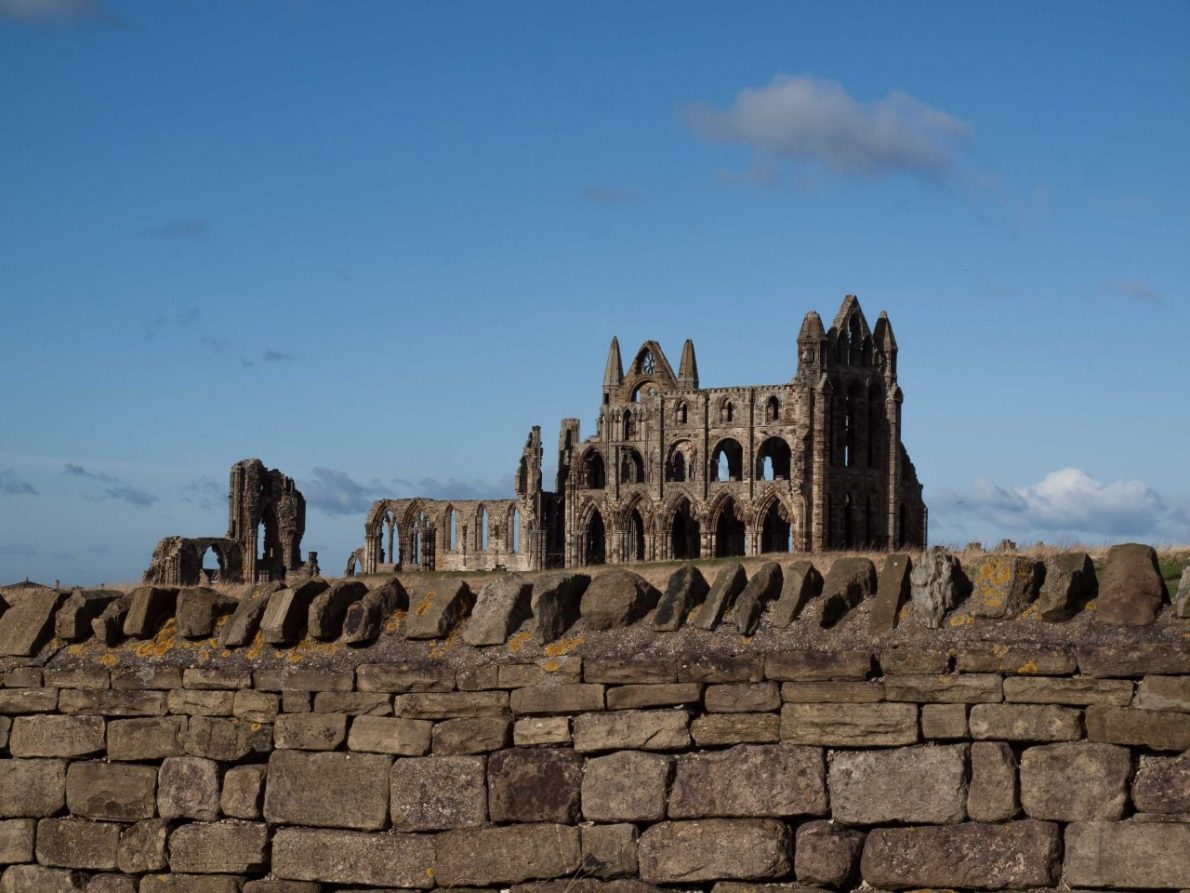 Robin Hood’s Bay is a quaint typical fisherman’s village with steps and narrow alleyways carefully preserved in its particular style. The village council has been smart enough to make it car free and therefore it is an exceptional gem preserving its stories from the past. It was used as a base for fisherman’s families for more than 500 years. Situated south of Whitsby and at the buttom of a steep ravine it is exposed to the moody temperament of the sea. At low tide rocks dating back to the Jurassic period are exposed, and fossils are regularly found. 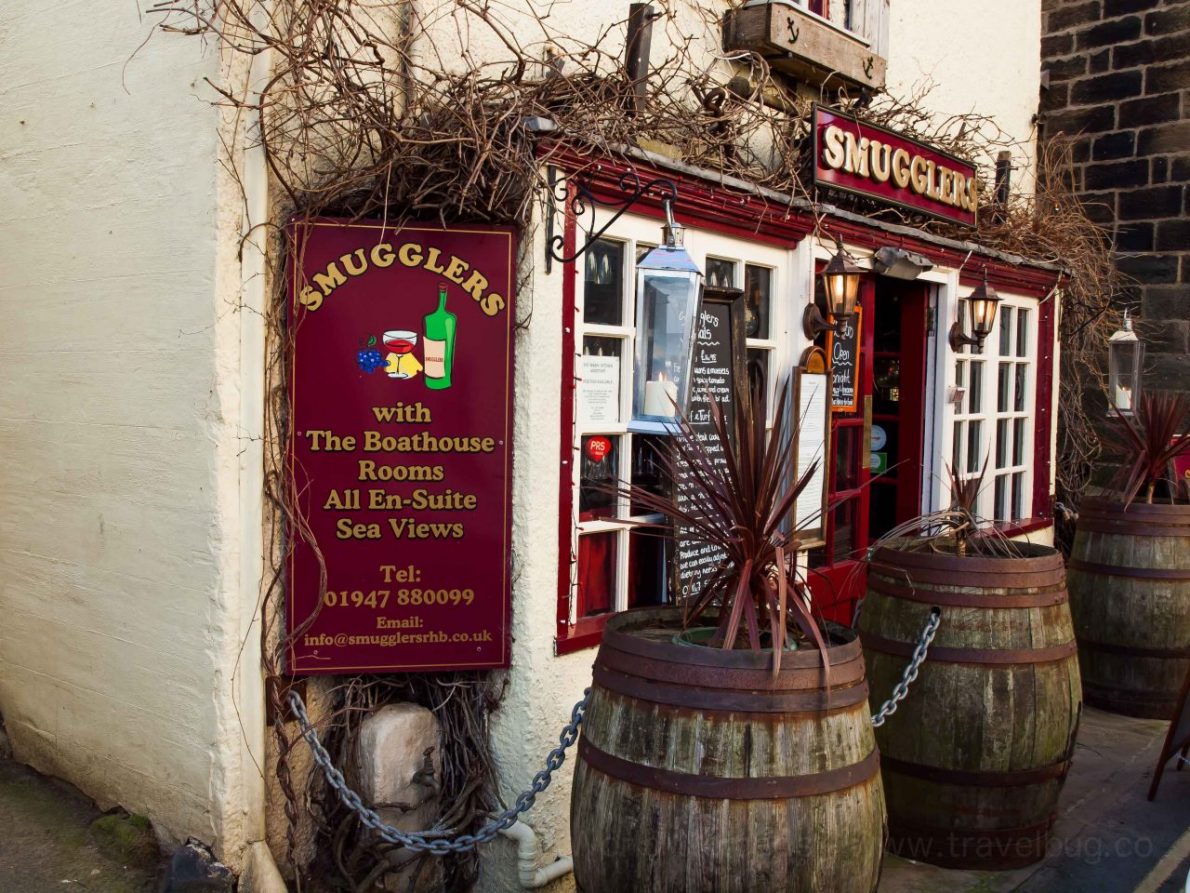 Goathland is nestled at the bottom of a wide valley and surrounded by the heather and hills of the North York Moors. It was the setting of Hogsmeade railway station from the first Harry Potter movie. Though, the village is possibly even better known for its role as the fictional village of ‘Aidensfield’ in Heartbeat, the long-running ITV drama series.
Boarding the Steam Train at Hogsmeade Railway Station or in Grosmont for Pickering is possibly the most exciting way to enjoy a nostalgic journey across the Moors, taking in the amazing scenery from a different perspective travelling in restored heritage carriages. 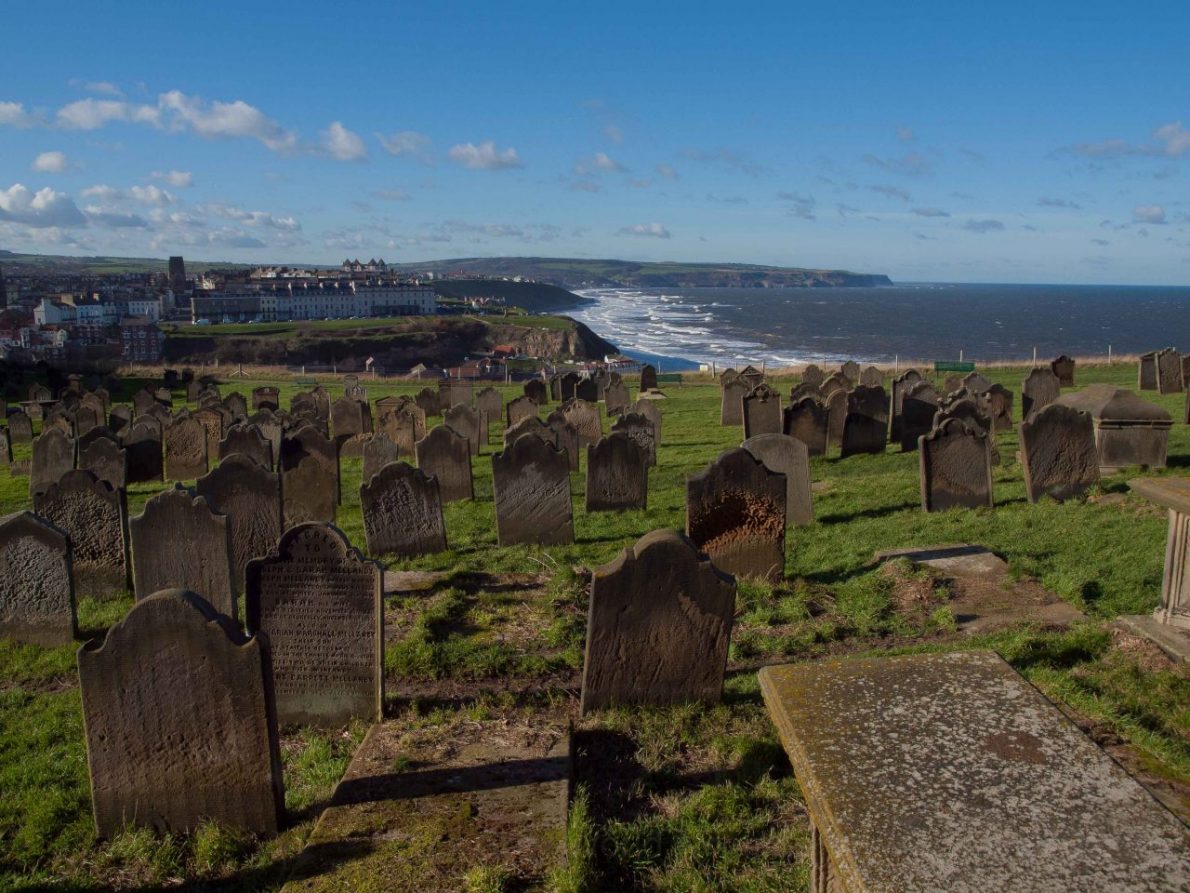 Beggar’s Bridge in Glaisdale is the focus of a romantic tale dating back to the time of the Spanish Armada. 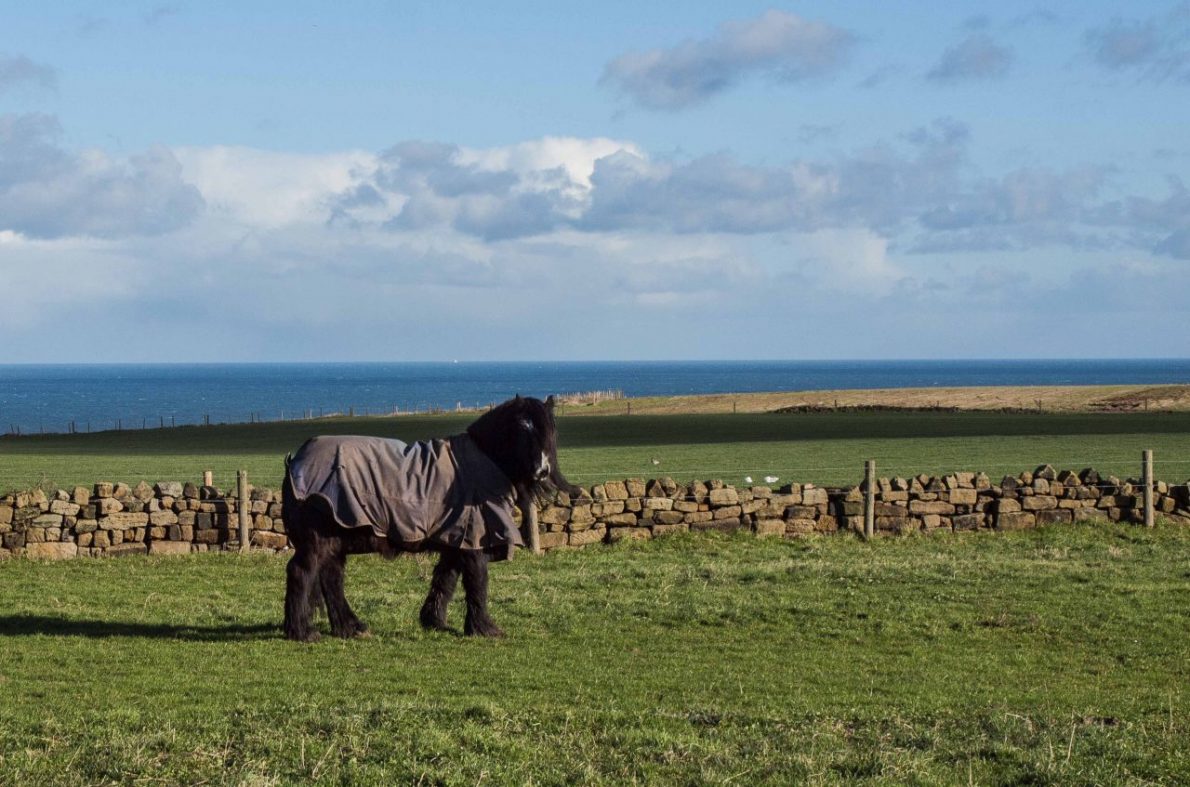 Well coated horse at the coast near Whitby

The old railway furnaces in Rosedale Abbey are witness of the industrial past. In 1861 a railway was constructed from Battersby Junction below the Moors and came right across to the east side of Rosedale by 1865. However as the ironstone ran out the line closed in 1929. 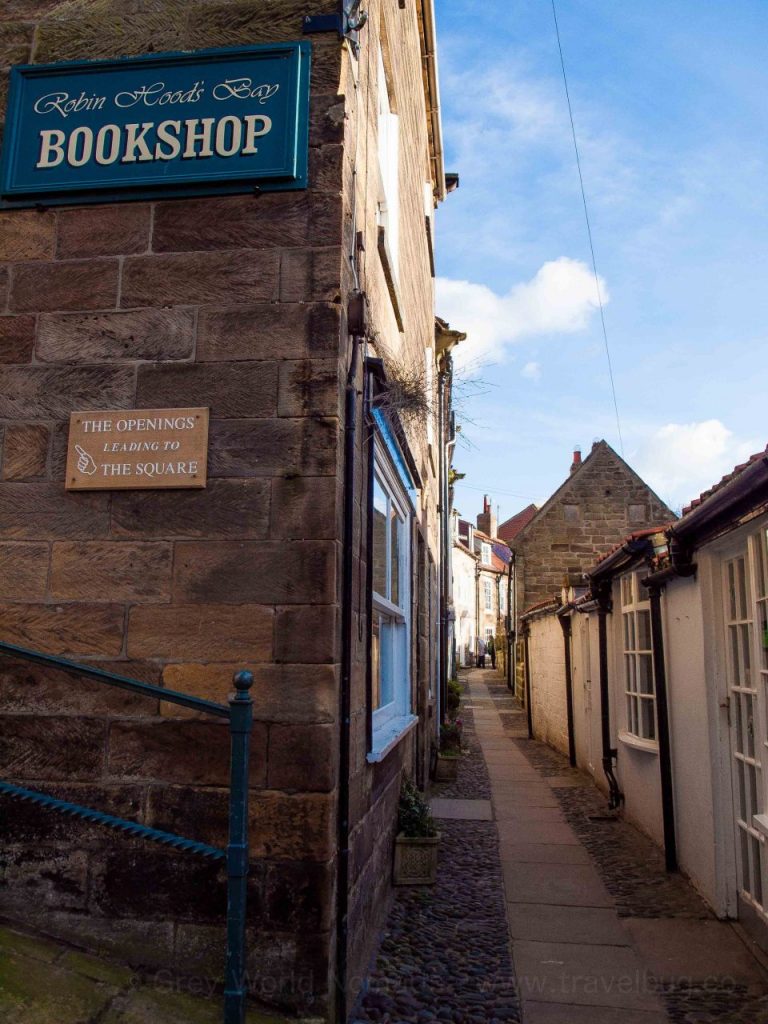 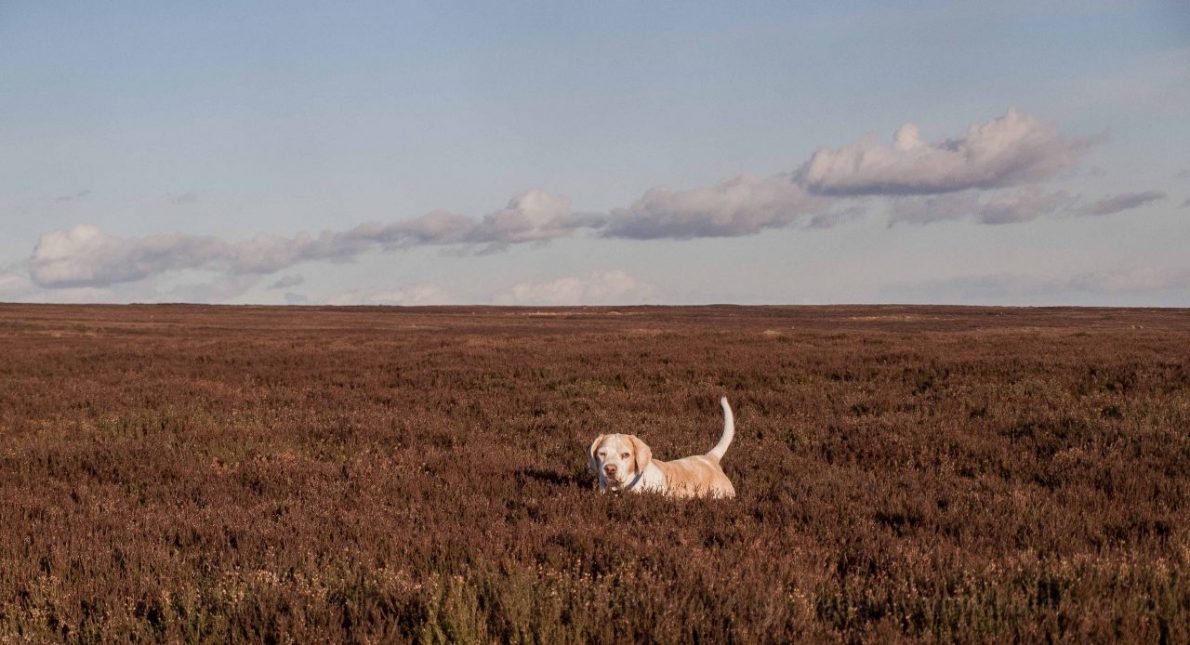 Vlou, the travelling Beagle, diving in the Heather

Thanks for adding your recommendations and comments.