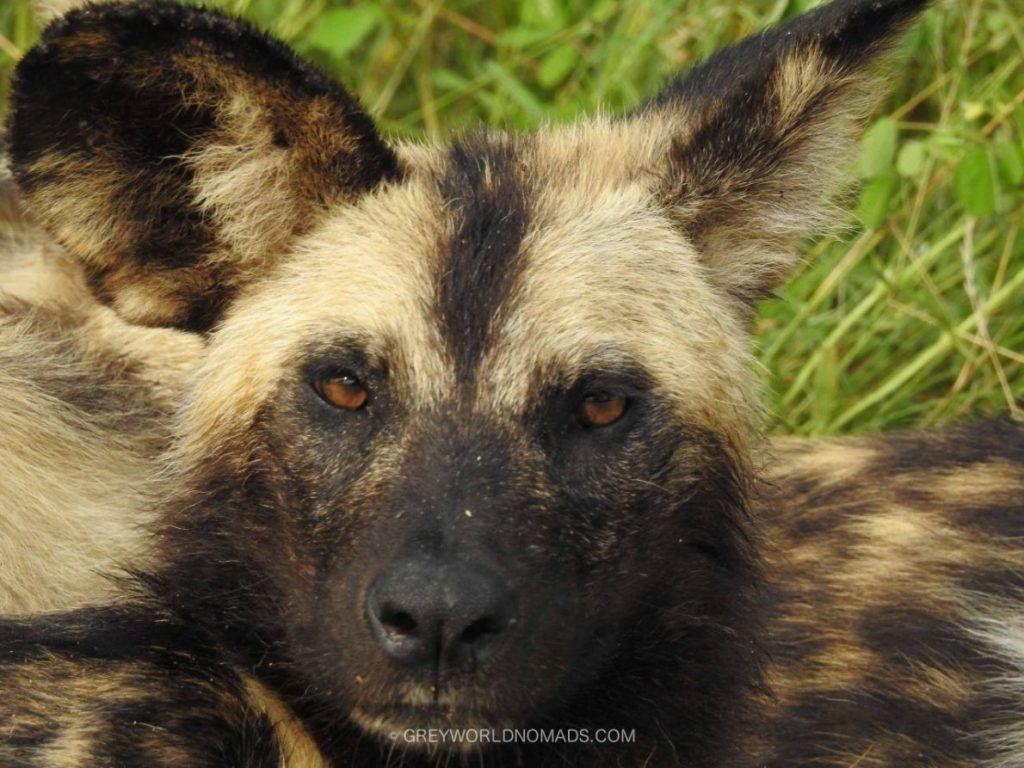 Wild dogs in Kruger National Park are in my opinion one of the most magnificent carnivores. Although numbers are scarce we were lucky enough to see one pack three times within a few days. Their looks and movements fascinated me for hours while they accepted our vicinity with indifference.
The Wild Dog Population in the Kruger National Park is estimated at around 140 individuals and unfortunately the entire pack around Lower Sabie was decimated by distemper in May of 2016. Wild Dogs also known as Painted Dogs are in a fight for survival.
Although there is no cure for distemper the long term solution is the frequent vaccination of all adult males in the pack. 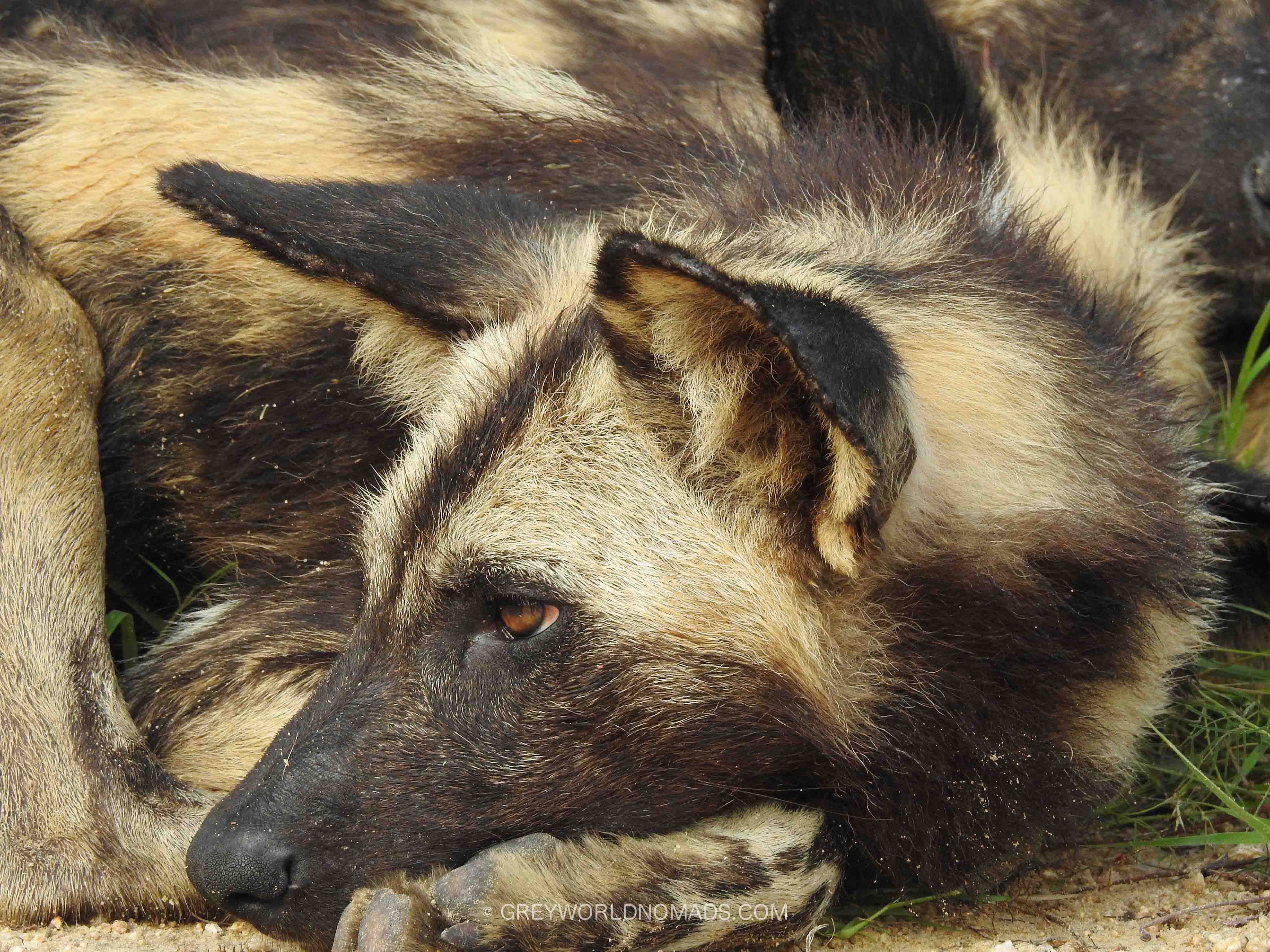 The best chance to see these magnificent animals in the Kruger are at Phalabora, Tshokwame, Skukuza and south of Afsaal down to Malelane. On our previous visits we were fortunate enough to get some good sightings around Malelane but have yet to encounter them further north. 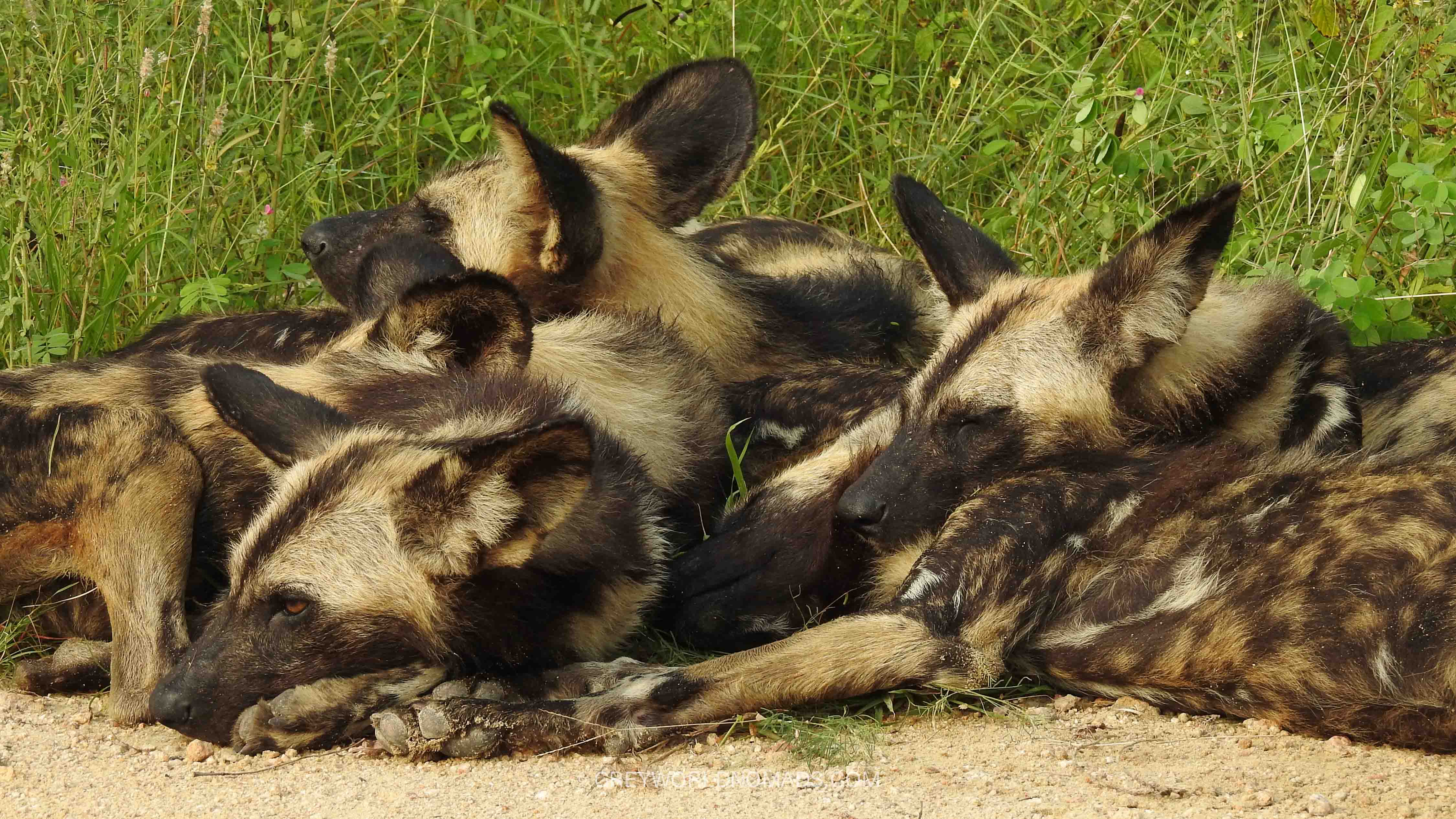 Wild dogs roam and area of around 250 square km and although preferring more open grassland they are also found in fairly dense bushy areas but avoid areas dominated by lions and hyenas.

They hunt by running down their prey,  sometimes chasing prey for as much as four kilometers at an average speed around 40kph with occasional bursts of up to 60kph. With Impala being their favourite prey, although it is not all that uncommon for them to take on larger prey such as Kudu or even Eland.

Already on the Endangered Species list with a vague estimation of around a total of less than 5000 left in Africa, wild dogs are losing the battle mainly due to habitat loss and the illegal killing by livestock farmers and poaching.

With the help for example of donations to the Endangered Wildlife Trust these animals will have a chance of survival for future generations. 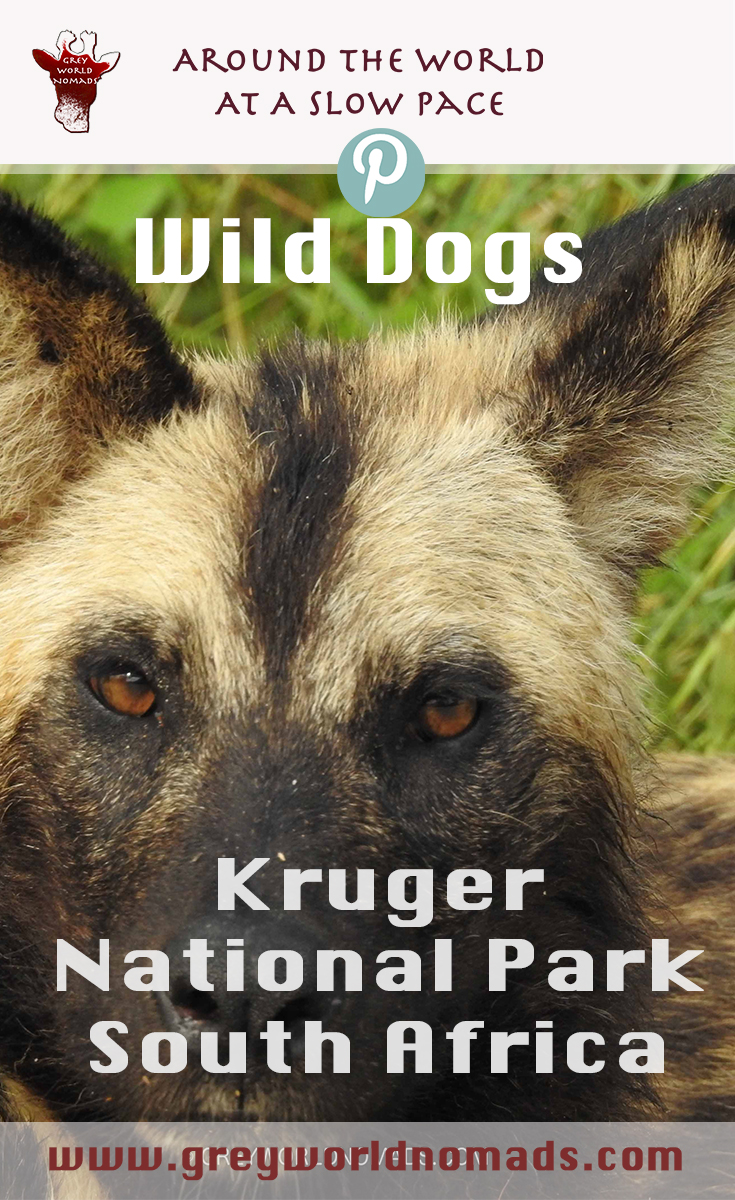 Section 214b Visa Rejection – No US Tourist Visa For Us?!