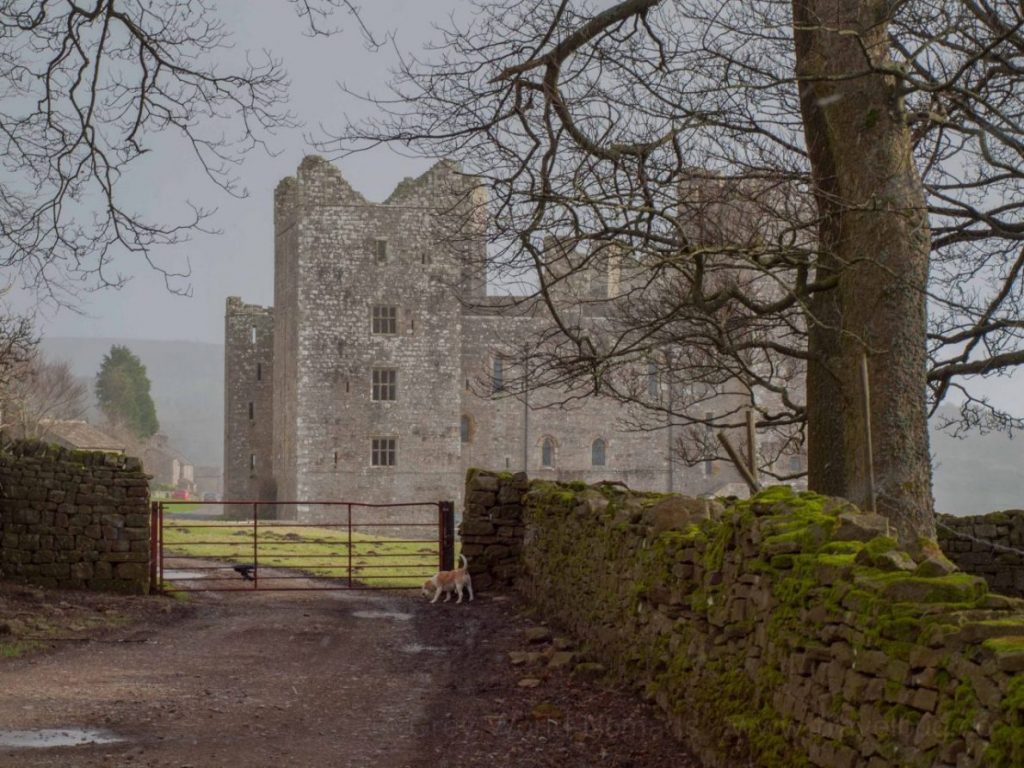 The Yorkshire Dales National Park is a region of exceptional splendor. It lies in the Central Pennines in the North of England.

Cascades over limestone at the Ure River

A series of valleys are cut by five rivers, the Swale, Ure, Nidd, Wharfe, and Aire flowing east into the North Sea by way of the Ouse and Humber. Three others, the Ribble, Lune and Eden, all enter the Irish Sea to the West. Every dale has its own character. In the north, Swaledale is the wildest, a deep-cut gorge below rolling heather moors, joined at Reeth by its even wilder tributary, Arkengarthdale. Villages of stone-built cottages which names can be traced to the early Viking settlers line along the banks.

Freeholder’s Woods along the Ure River

The next dale is Wensleydale, in which the Ure meanders eastwards. Lush meadowlands provide the food for cattle and therefore the famous Wensleydale cheese. The secluded sided-dales, all roughly parallel to each other, are often forgotten gems of beauty.

Visitors at the Aysgarth Lower Falls

Next is Nidderdale, which isn’t part of the Yorkshire Dales National Park, with the follow up of the better-known Dales of Wharfedale and Airdale. Wharfedale is wooded in its lower reaches and lined with dramatic limestone formations and quaint villages, a feature echoed by its tributary, Littonale, for all except its somber headwaters. Airedales’s Malham Cove, an amphitheater of solid limestone, is an outstanding feature of the Dales. The ravine of Gordale Scar, a ‘roofless’ cave, is close by.

Bridge near the Upper Aysgarth Falls

Of the western dales, Ribblesdale is essentially a limestone dale separating the three highest summits of the Dales: Whernside, Ingleborough, and Pen-y-ghent. Like the other northern rivers which flow into the Irish Sea, its waters are clean enough to welcome sea trout and salmon. Dentdale and Garsdale flow completely within the boundaries of the National Park, the main dale mostly skirting the north-west edge.. Of the Eden, only its highest tributary, Hell Gill, with its fantastic ravine, is within the park, its headwaters forming the county boundary of Cumbria and North Yorkshire, a boundary followed by the National Park.

Walk from Bolton Castle to Aysgarth Falls with excited Gayva, the Golden Retriever

In many other countries, National Parks are wilderness areas, where few people live. Countries like South Africa or the United States of America have moved residents off land designated as a National Park, whereas nature appears wilder. National Parks in England and Wales are protected regions of outstanding beauty where people still live and work. As a foreign tourist, this may be a surprising approach, as therefore the unharmed development of wildlife and nature in the National Park obviously is limited. Nevertheless, it is understandable and a golden middle way in a densely populated country, to preserve landscapes of extraordinary gorgeousness. The word ‘National’ doesn’t mean though that the National Parks are nationalized or in any way owned by the government. (Source: Short Walks in The Yorkshire Dales, 2012)

Plenty sheep in the Yorkshire Dales

Recommended Guide Books of this Region:

Useful links:
The Guardian – 10 of the best walks in the Yorkshire Dales
Walking Britain