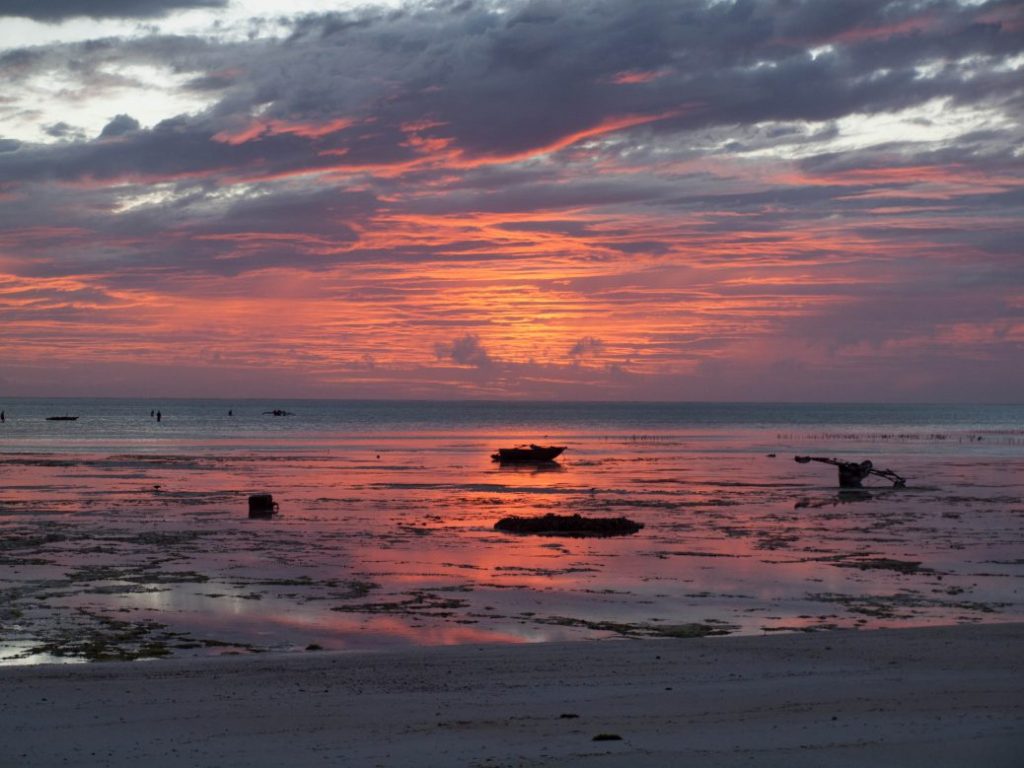 Zanzibar – an Island that stands still in time

Snow-white beaches dip into the shallow turquoise water separated by an extended coral reef from the Ocean. Fruit stalls along the roads offering ripe tasty fruit from the island and local restaurants along the shoreline presenting fresh fish from the sea. An island, which is influenced by diverse cultures and where the intrepid traveller can still find his affordable hut at the beach.

Just twelve passengers fitted in the tiny airplane, which flew us from Dar-es-Salaam to Zanzibar. We glided over the Crystal blue Ocean with atolls of altered shapes and sizes, which I hoped were forerunners of the tropical paradise of Zanzibar, as I imagined it. 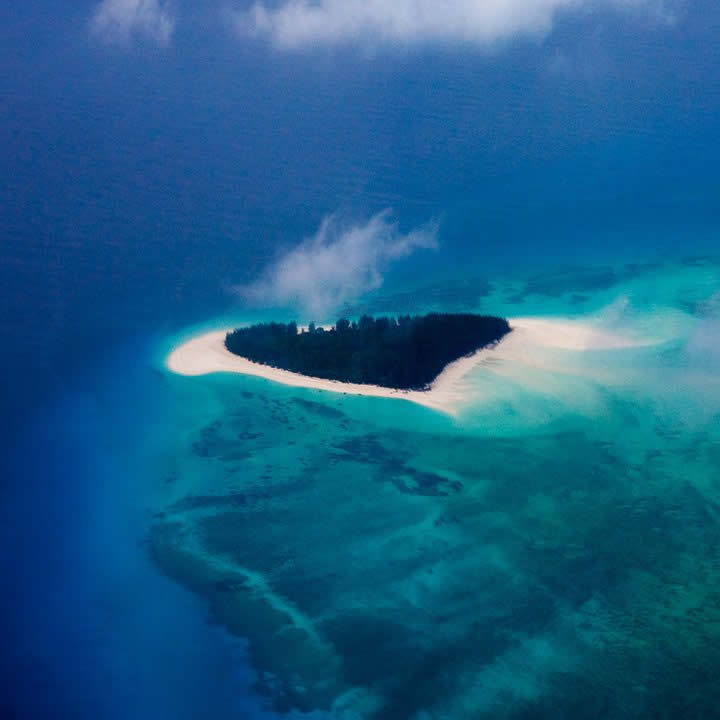 It had been a coincidence that we’d booked our flight to Zanzibar and not anywhere else. Being expected in Mombasa, Kenya, for a house sit mid October, the cheapest and most comfortable way to get there from South Africa was to take a special deal from Fast Jet to Dar-es-Salaam with a little detour to Zanzibar – a perfect opportunity to visit this exotic island. 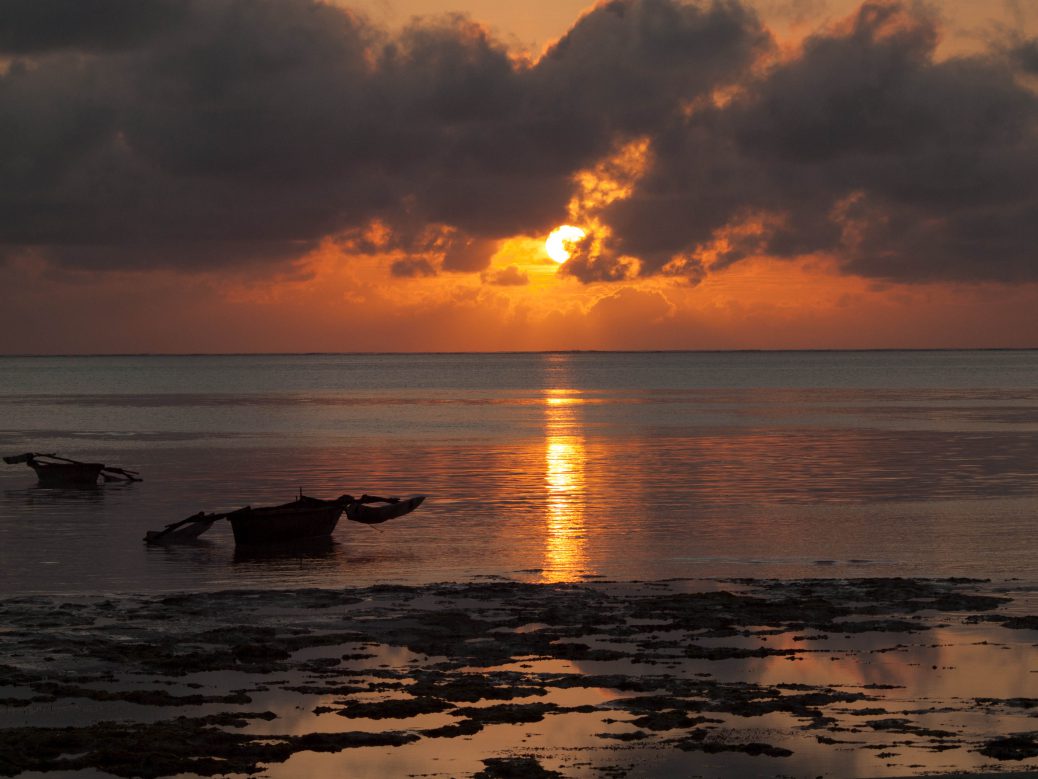 The airplane hopped over the runway as the pilot made a rough landing. No long taxiing around on the airfield followed as the international airport of Zanzibar is as small as the local playground of private pilots in a European suburb. We descended the wobbly stairs to walk a short hundred meters to the arrival terminal. As for efficiency there was nothing to complain about. The luggage arrived promptly and without delay. 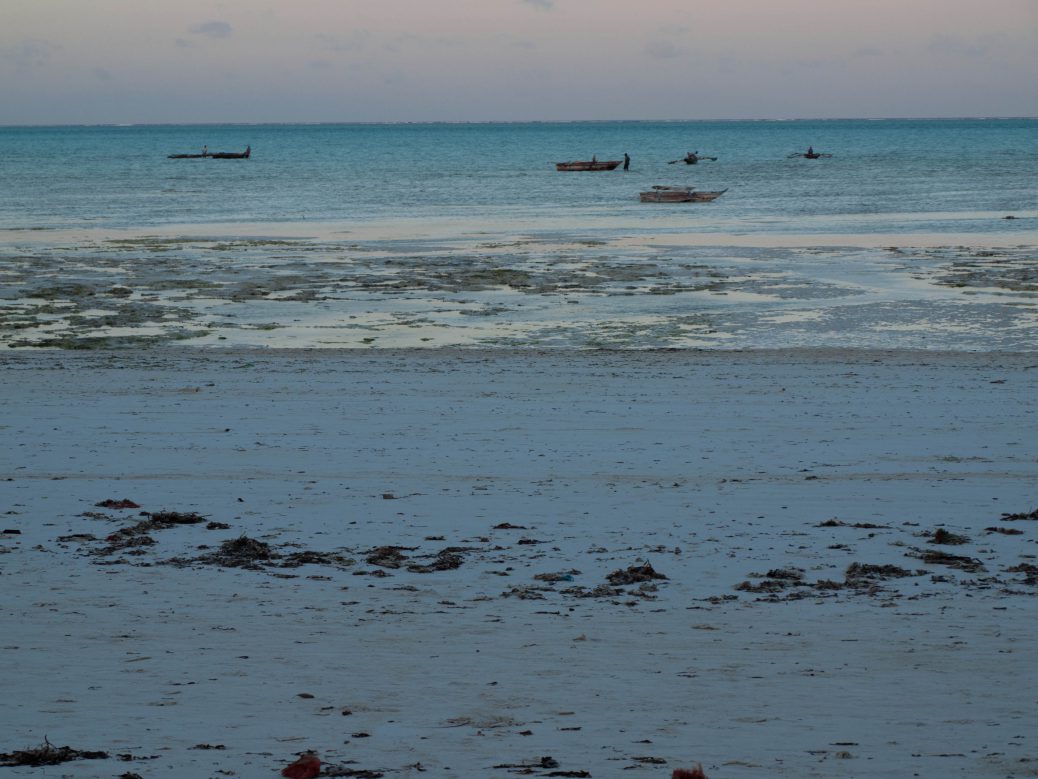 I’d always dreamt of a hut on the beach. My research on the Internet therefore had been successful and I was looking forward to seeing it for real. Thankfully we spotted our taxi chauffeur immediately in the crowd of waiting people, of whom many were waving name-tags and shouting unintelligible names. 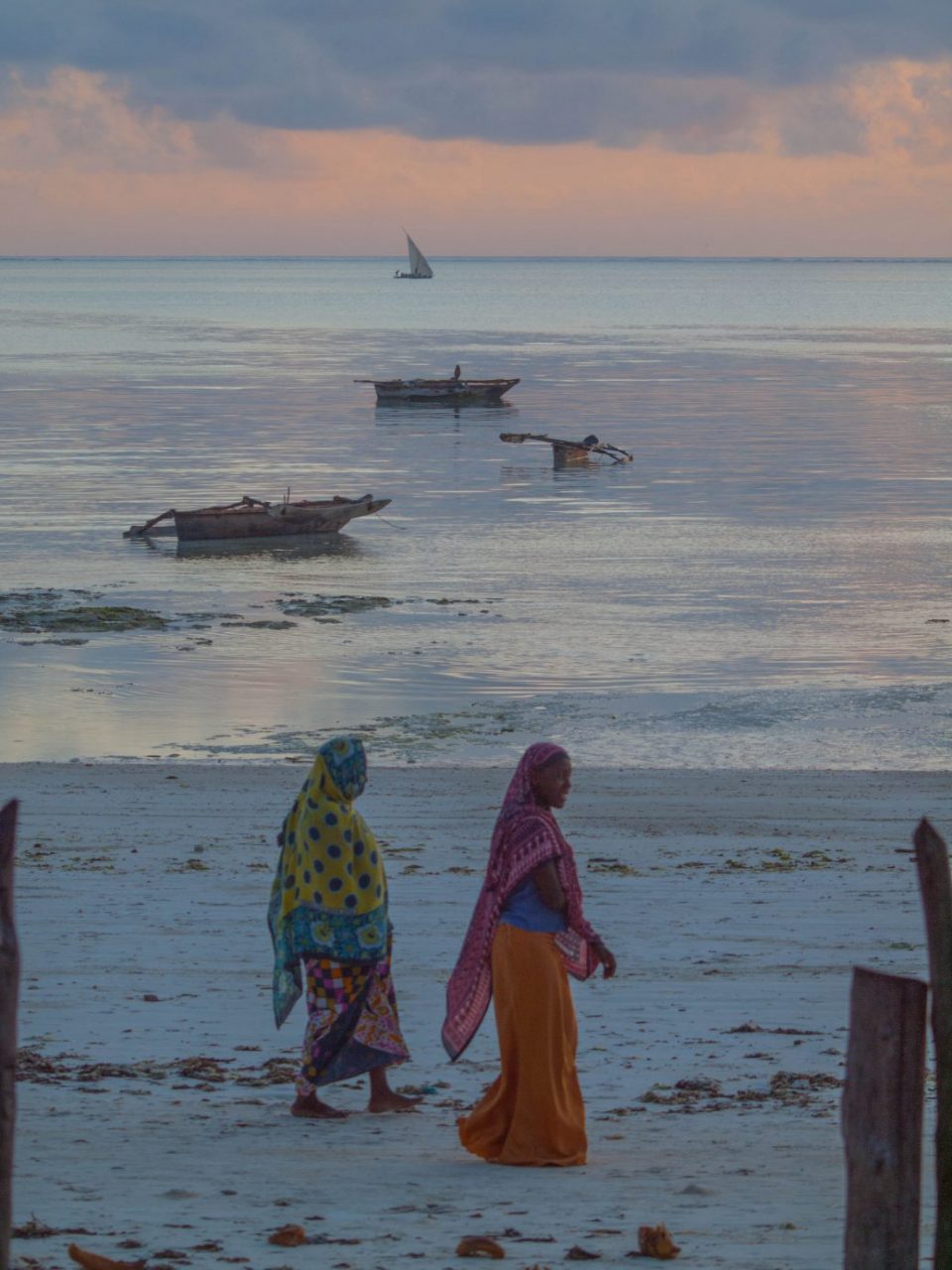 We drove past Stone Town to draw money and to fetch the owner of our beach hut hotel. She had enjoyed a day off in town to get away from the daily grind of running the hotel, she told us with a broad Irish accent. Ancient buildings lined the narrow streets. The hustle and bustle of this Muslim town with street vendors and women hidden behind veils, who shuffled over the dusty streets, was most different to our travel experiences of the past. The cultural dissimilarities hit us as intense as the tropical heat.
We passed through Zanzibar’s rural interior to get to the east coast. Few villages dotted our way, a protected forest with monkeys and plenty of police roadblocks as we’d experienced earlier in other Southern African countries such as Zambia and Malawi. We passed four petrol stations during our ride – all of which were out of petrol. Thankfully after a chaotic ride, where there are no apparent rules of the road, the taxi arrived at Jambiani Beach, although with the last drop of petrol. 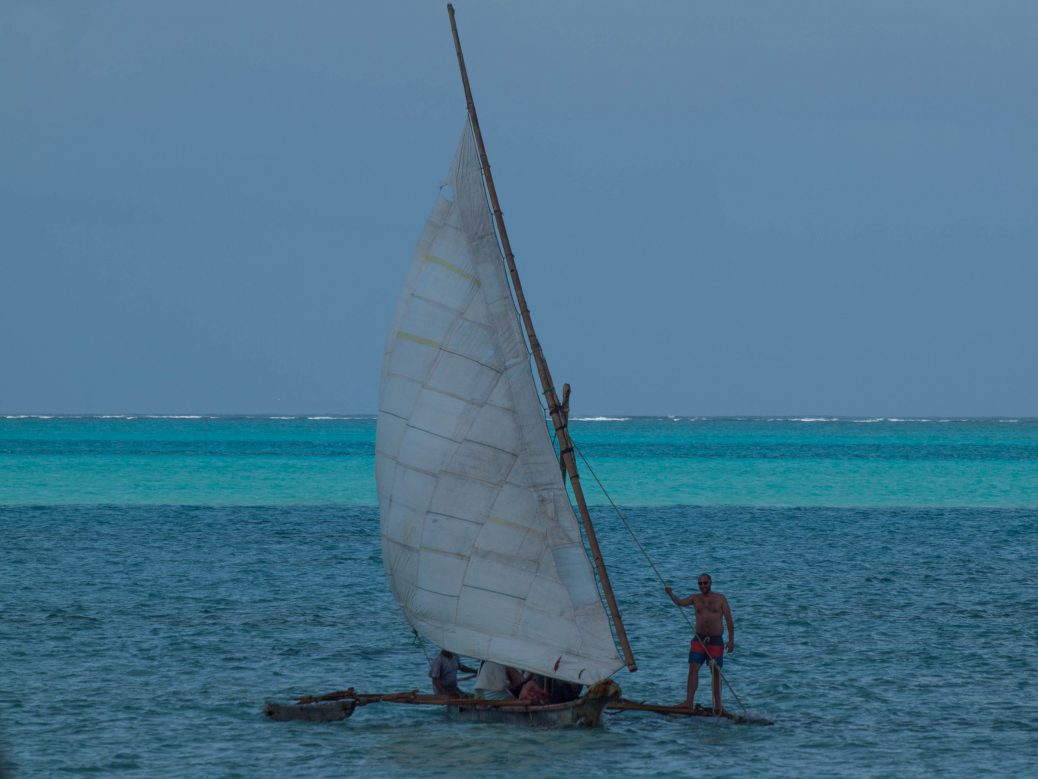 Alighting from our Taxi the first view of the Ocean blew our mind. The beach as white as snow touched the turquois Ocean, whose colours reached the entire colour palette of an impressionist painter. Our beach hut was only accompanied by five others lined up in a row, just right to watch the natural wonders of the Ocean on our doorstep. 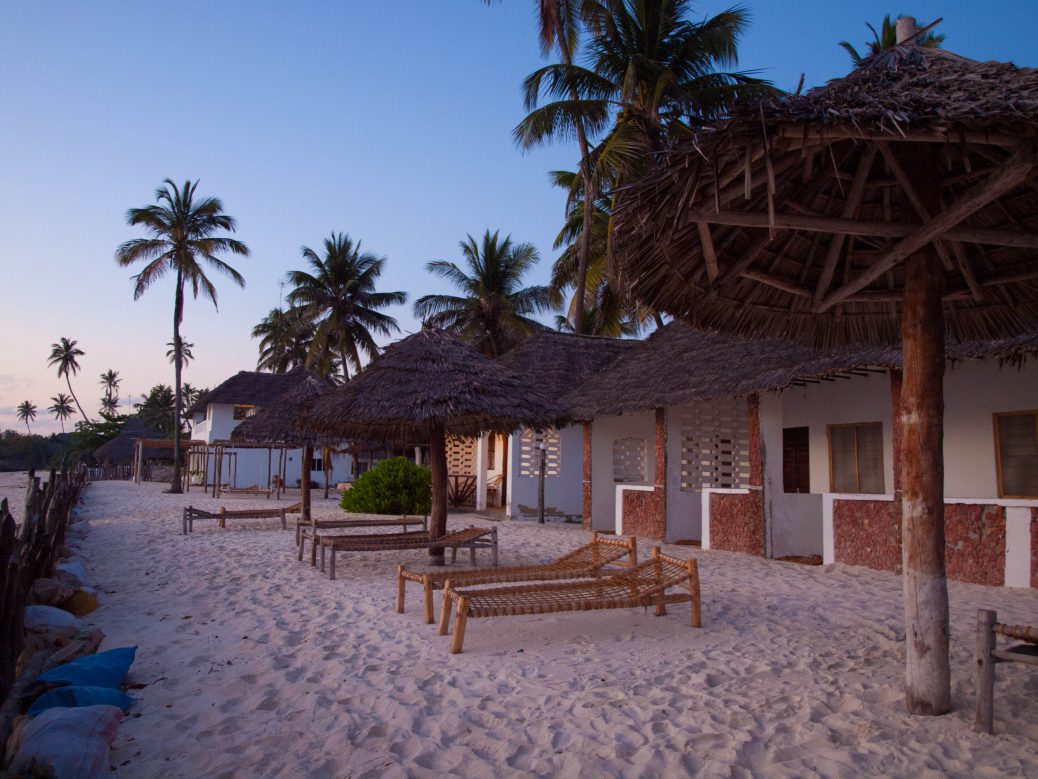 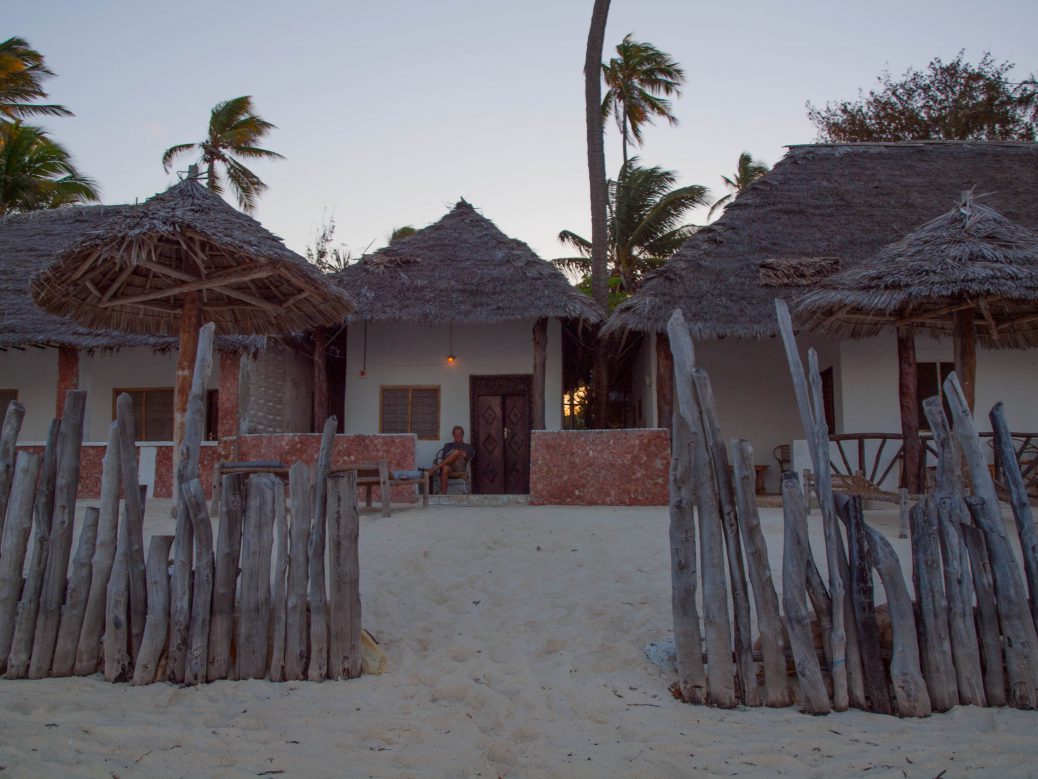 Time has come to a standstill at this place. Other small, informal hotels with two stories at most and some local thatched restaurants and bars lined the beach to entertain the few guests. Fishermen were out in their traditional narrow Dhows, which are still carved out of tree trunks. Wooden stabilizers were attached on either side as it has been done for centuries. Their sails were sewn of old cloth or empty rice bags, fixed and newly patched countless times. 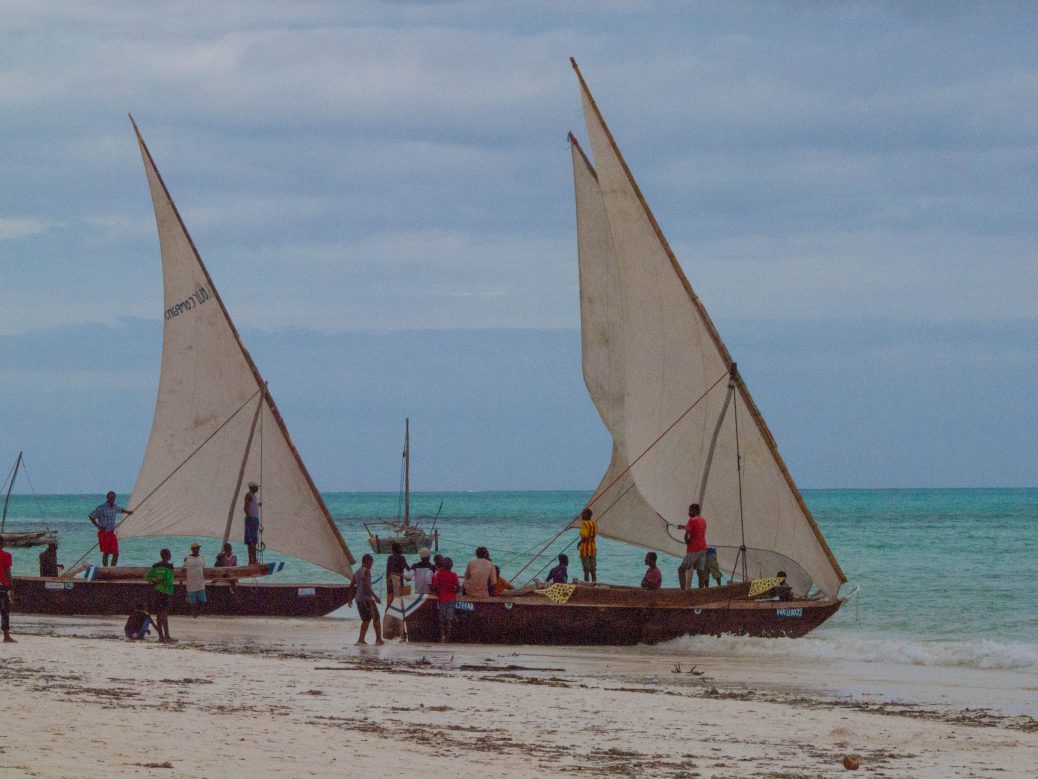 We winded down immediately in this piece of heaven. Our hotel was simple and the owner relinquished the use of a generator (regular power cuts are the norm), which meant that the water went off with the electricity. Furthermore the huts were only serviced on demand. But that couldn’t dampen our spirits. We enjoyed swimming and snorkeling in the bathtub warm waters and ate the tasteful fresh fruit from the island and local fish from the sea. 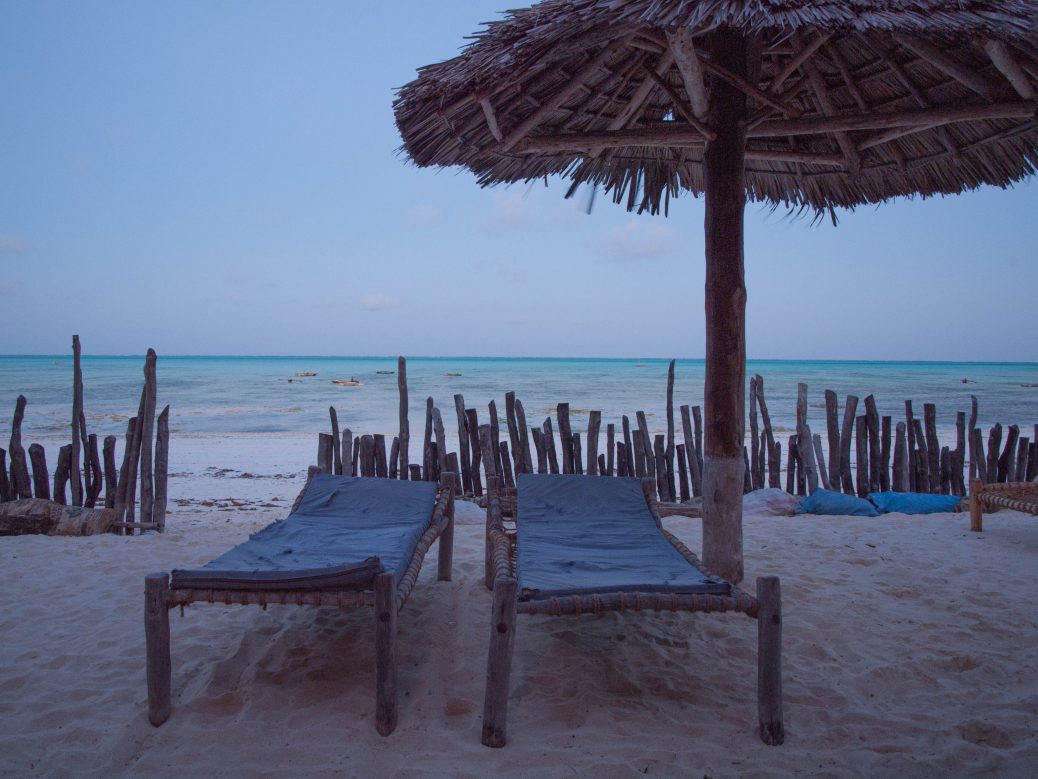 The beach hawkers from Jambiani and Masai from Arusha came regularly to offer their wares from curios to doughnuts and snorkeling tours to kite adventures and dance performances. A nuisance at times, but mostly they were friendly enough.
After most enjoyable five days we had to catch our flight to Kenya. Knowing the challenges in Africa we ordered the taxi early. The taxi chauffeur came half an hour late and to top that, the car didn’t start, as the battery was flat. Entirely calm and unbothered the taxi chauffeur called a friend to come with his car to help get the taxi started. His friend arrived. They had a happy chat and laughed relaxed before they began to hook up the jumper cables. “Oh, well, how did that have to be attached, huh?” their baffled faces expressed. 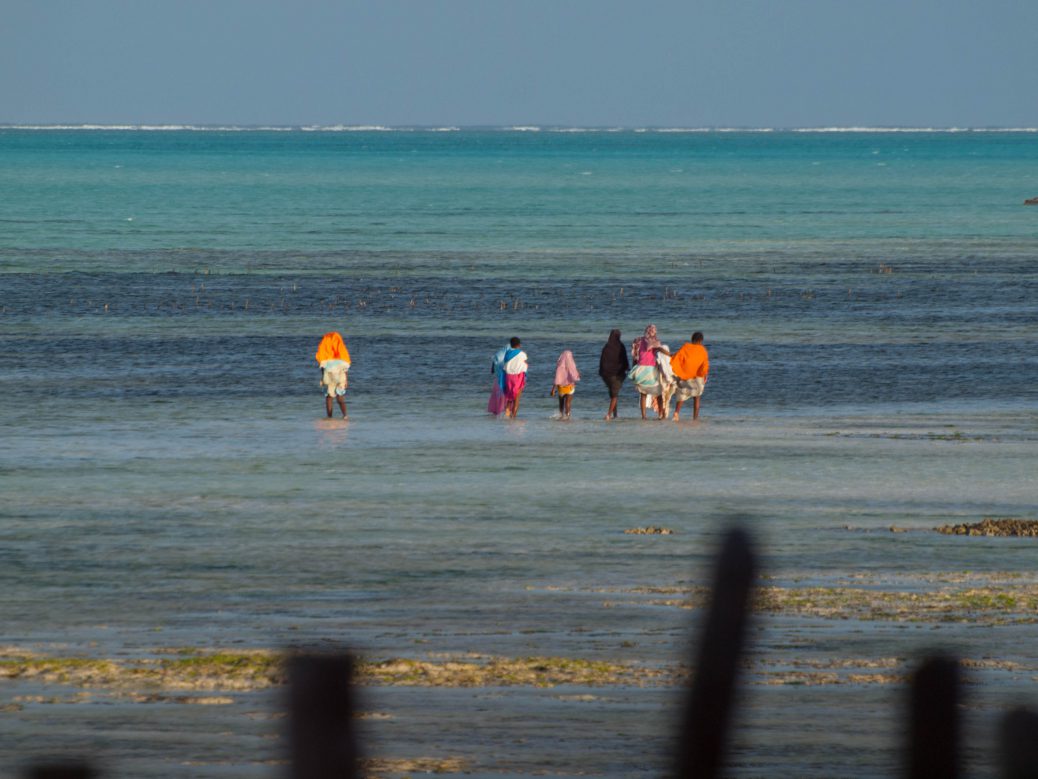 To cut the long story short: we did, after another chaotic ride, arrive in time for our flight as one of the four petrol stations was open and was able to sell just enough to reach the airport. And, we found our way with our luggage in tow to the departure terminal after some detours despite not being signposted. That’s Africa for you. 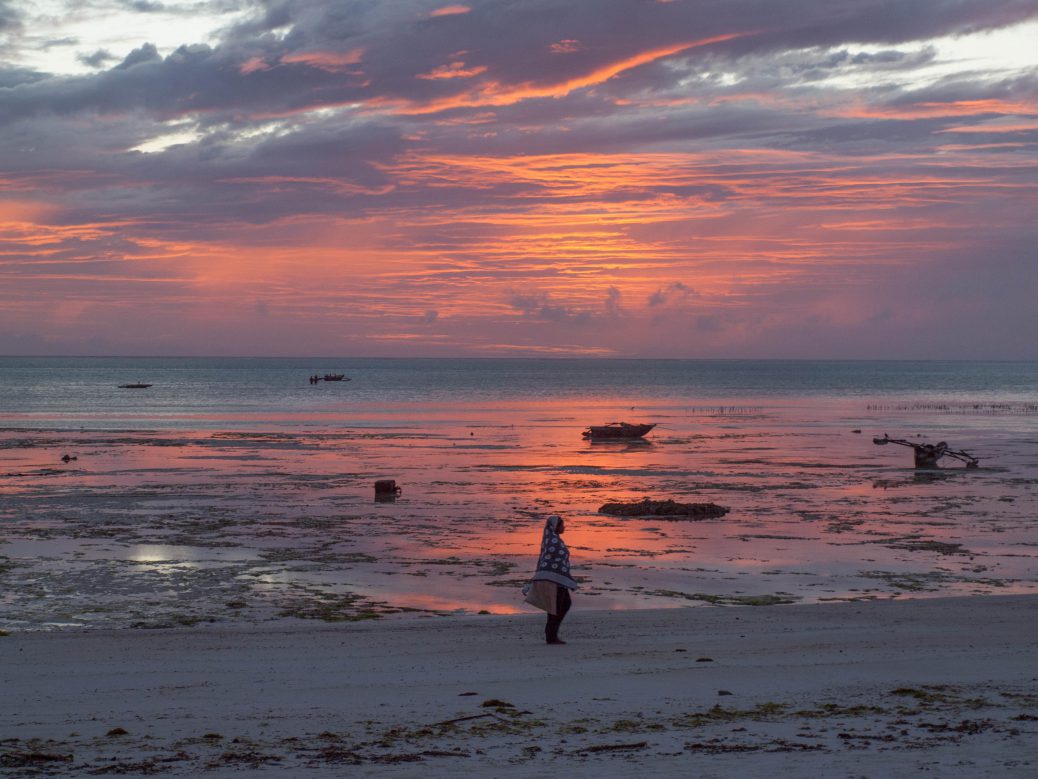 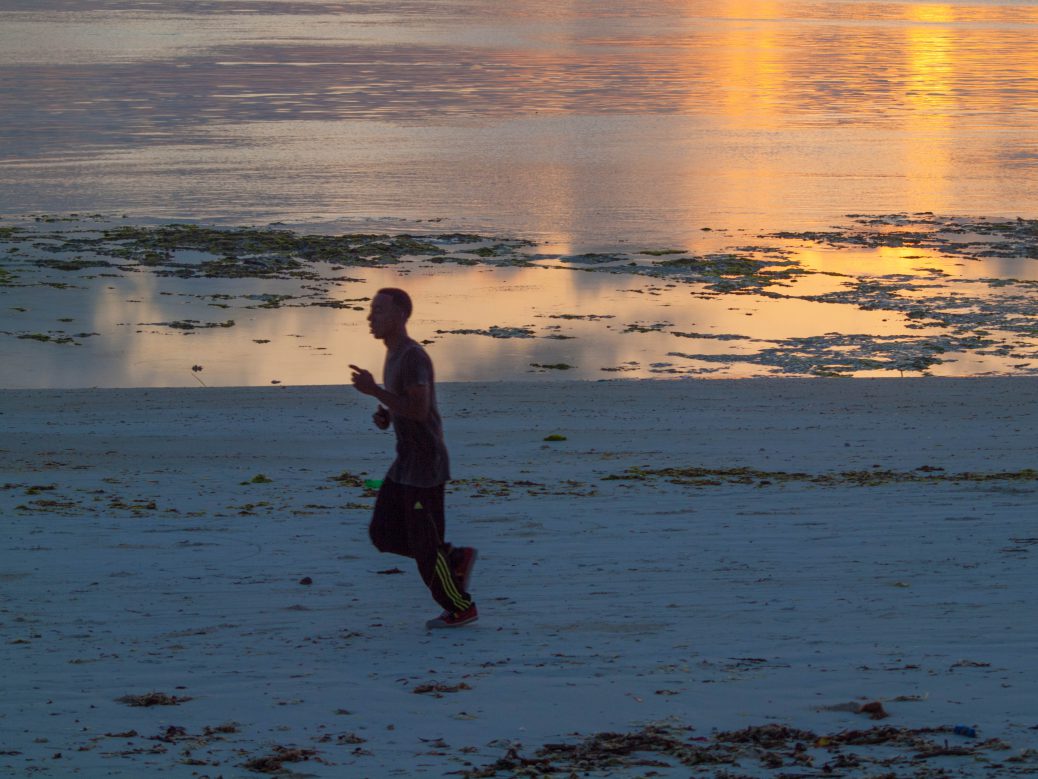 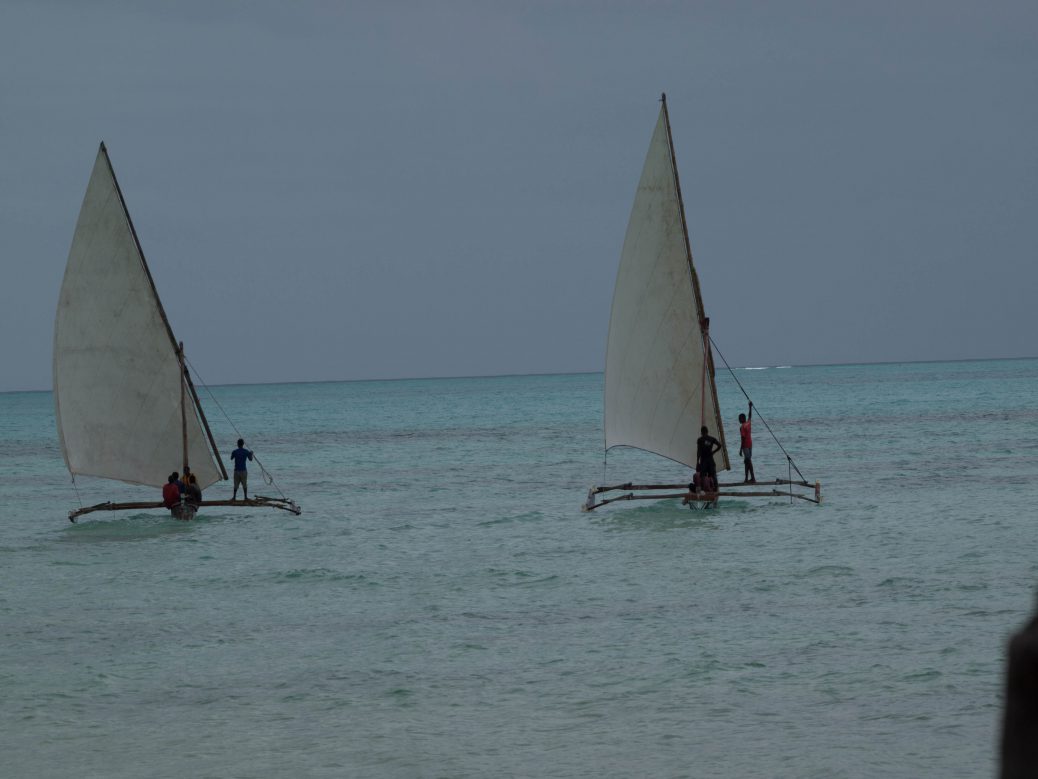 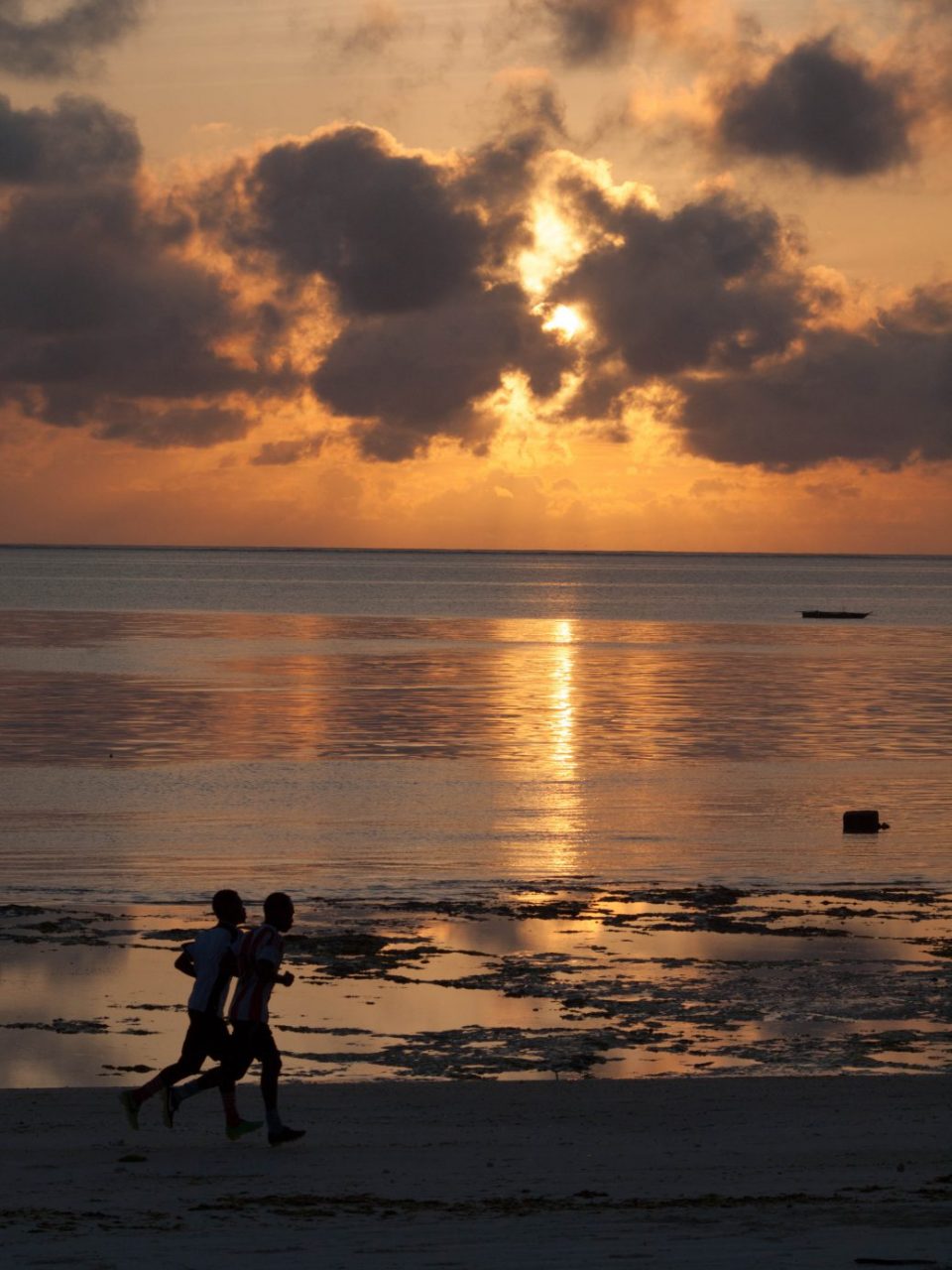