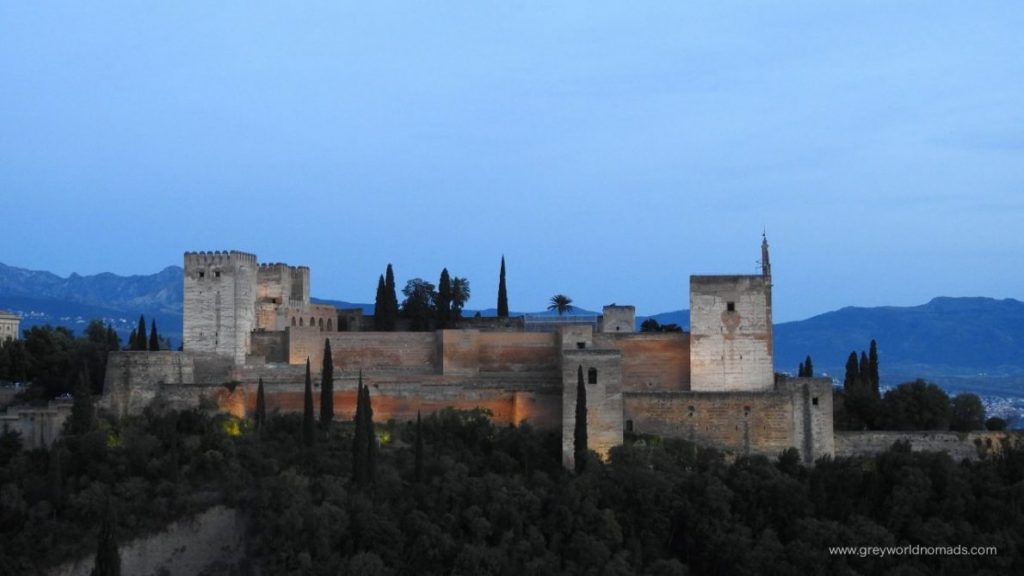 One Day In Granada, Spain – Things To Do

Visiting Granada, we were struck by the number and height of the mountains in Andalusia, which otherwise in Europe can only be found in the Swiss Alps in such concentration. Nestled between the Sierra Nevada mountain tops, often covered with a powder sugar layer of snow, lies Granada, a town which astounded us. If you only stay one day in Granada, Spain, you shouldn’t miss the following sites. 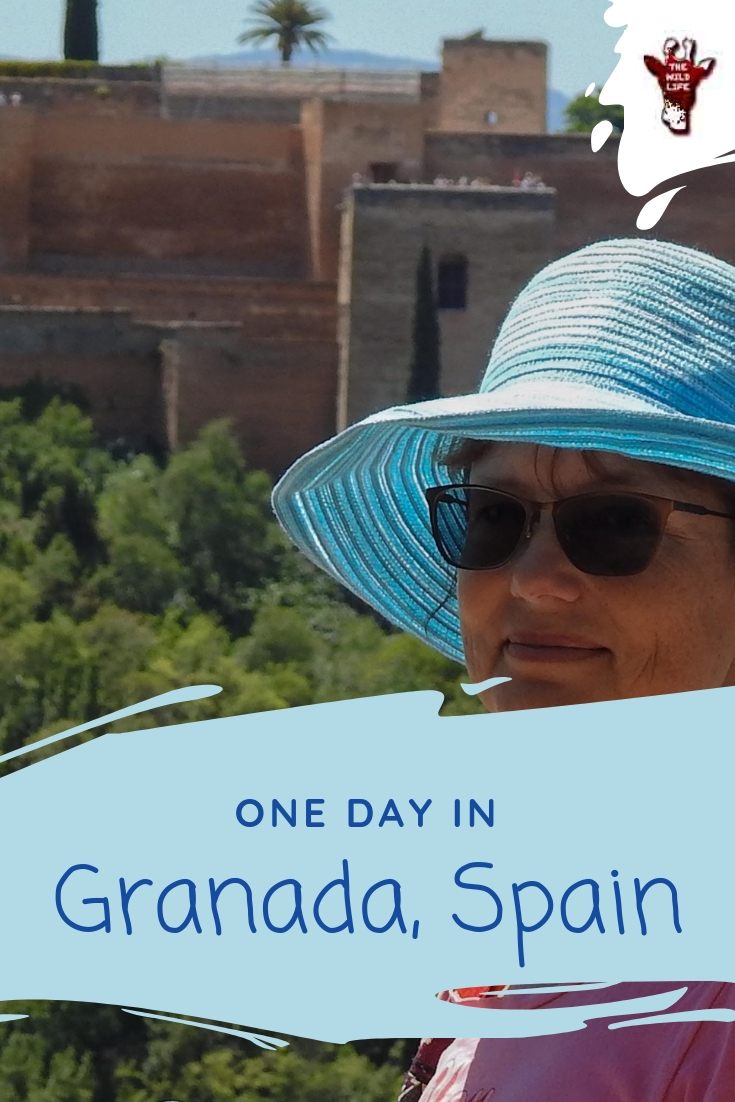 Must See On One Day In Granada, Spain

The Castles And Fortress Of Alhambra

The town tries to bridge the needs as an international university town, a provincial capital, a home to a quarter of a million people and more than two million people a year visiting its Moorish remnants of it’s past, the castle and fortress complex of Alhambra. It is the most famous of all the places to visit in Granada, Spain. 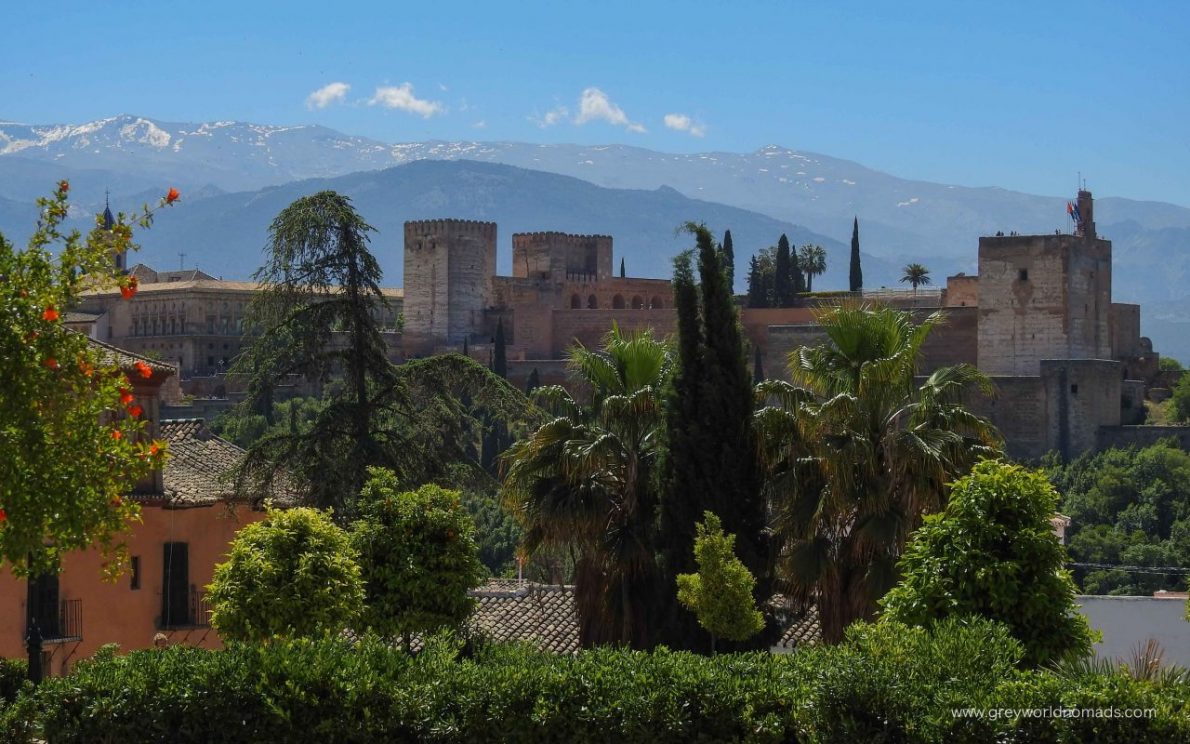 Book your online Ticket for Alhambra here at least two months before your visit!

Not being a Muslim emir living in Granada of medieval times, either indefinite patience to get into the castle or a good hand full of money to pass the lines of keen visitors to the palace is needed, which we, to be honest, both lacked. We enjoyed a stroll in the rest of the fortress and the gardens full of blooming flowers and flowing water, giving us an insight of these early architects astonishing skills. 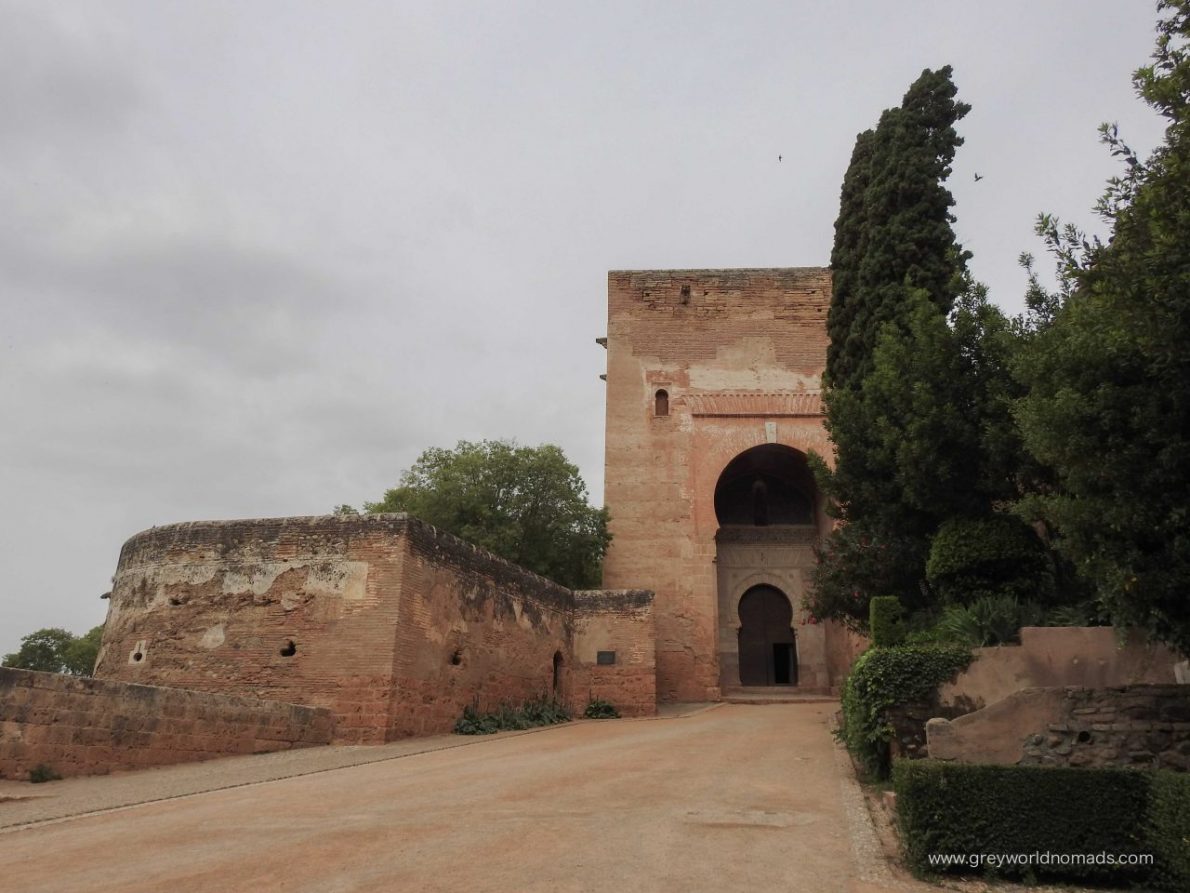 Our recommendations for your Alhambra journey:

Most famous of all the places to visit in Granada, Spain: Alhambra 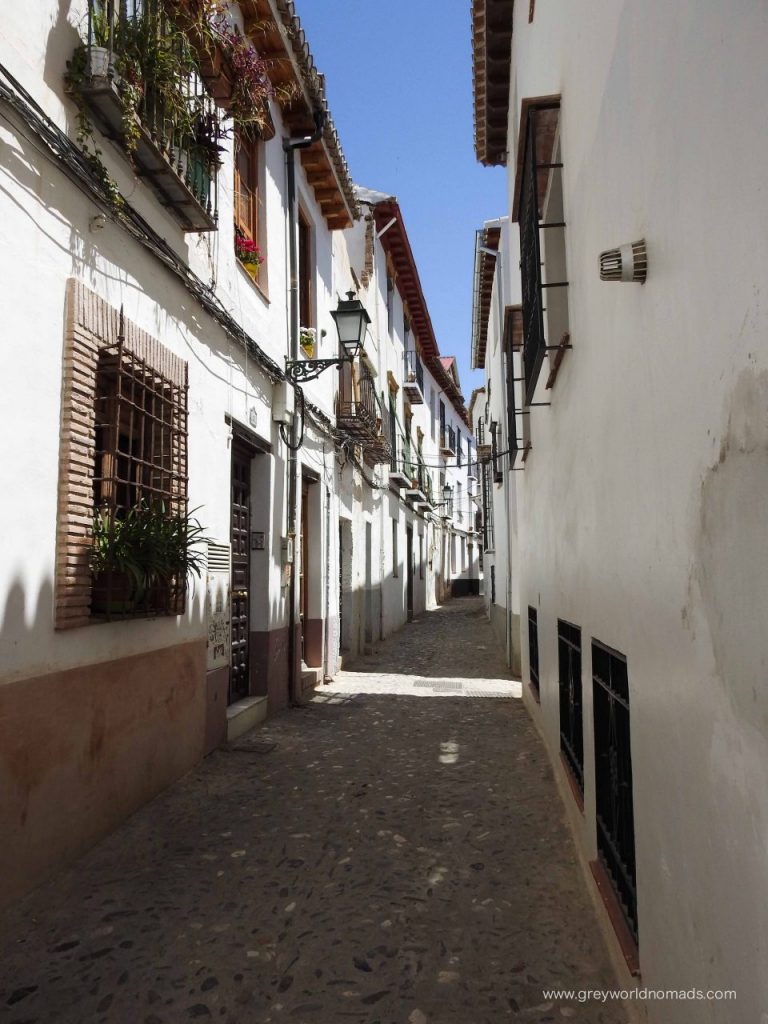 Cobble-stone paths squeeze through tiny passages of old townhouses up to the top of the hill, which lies opposite the Moorish Palace, offering a breathtaking view of Alhambra.

Learn more about Granada, Spain, and choose one of these guidebooks: 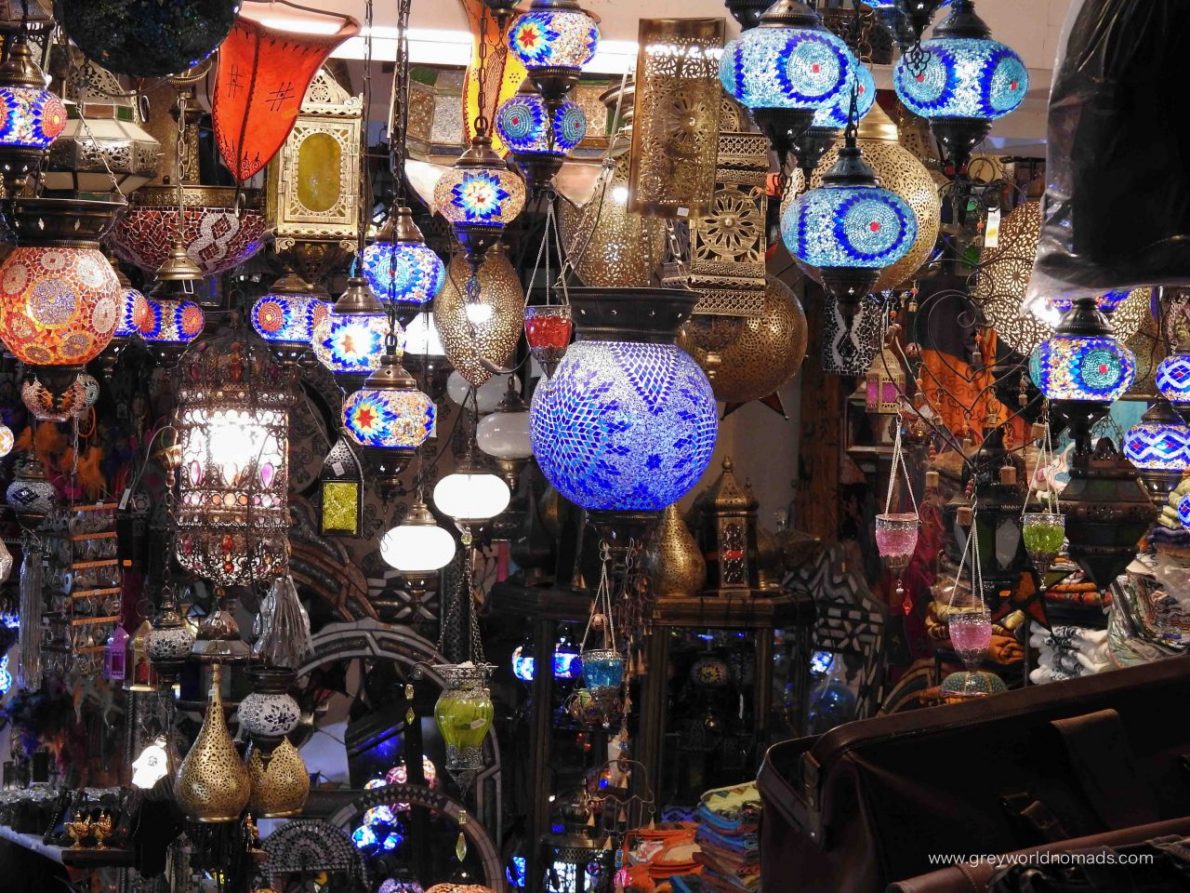 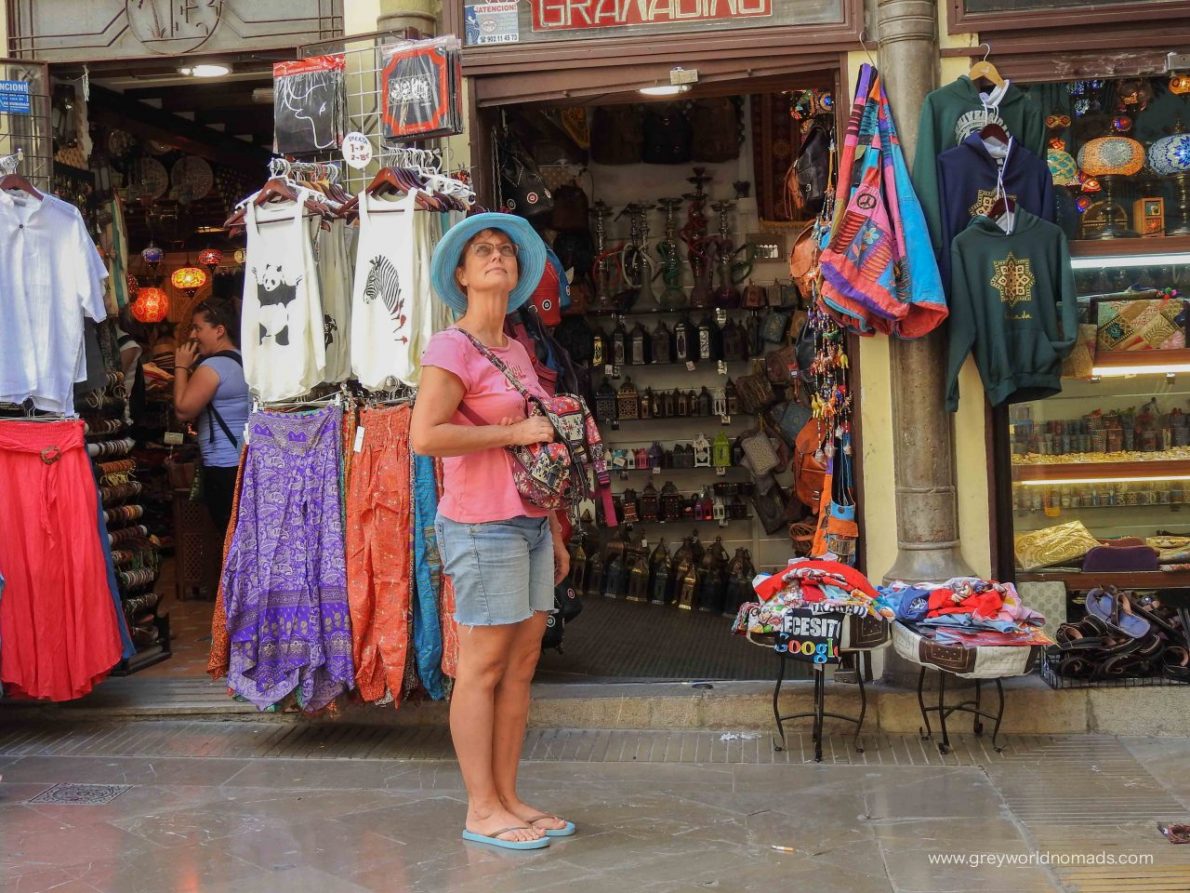 Getting Around In Granada

Of course, there are more places worthwhile to visit in Granada in the more modern part of the town. A little tourist train takes visitors around comfortably even with mobile WiFi and an app to download for more information. 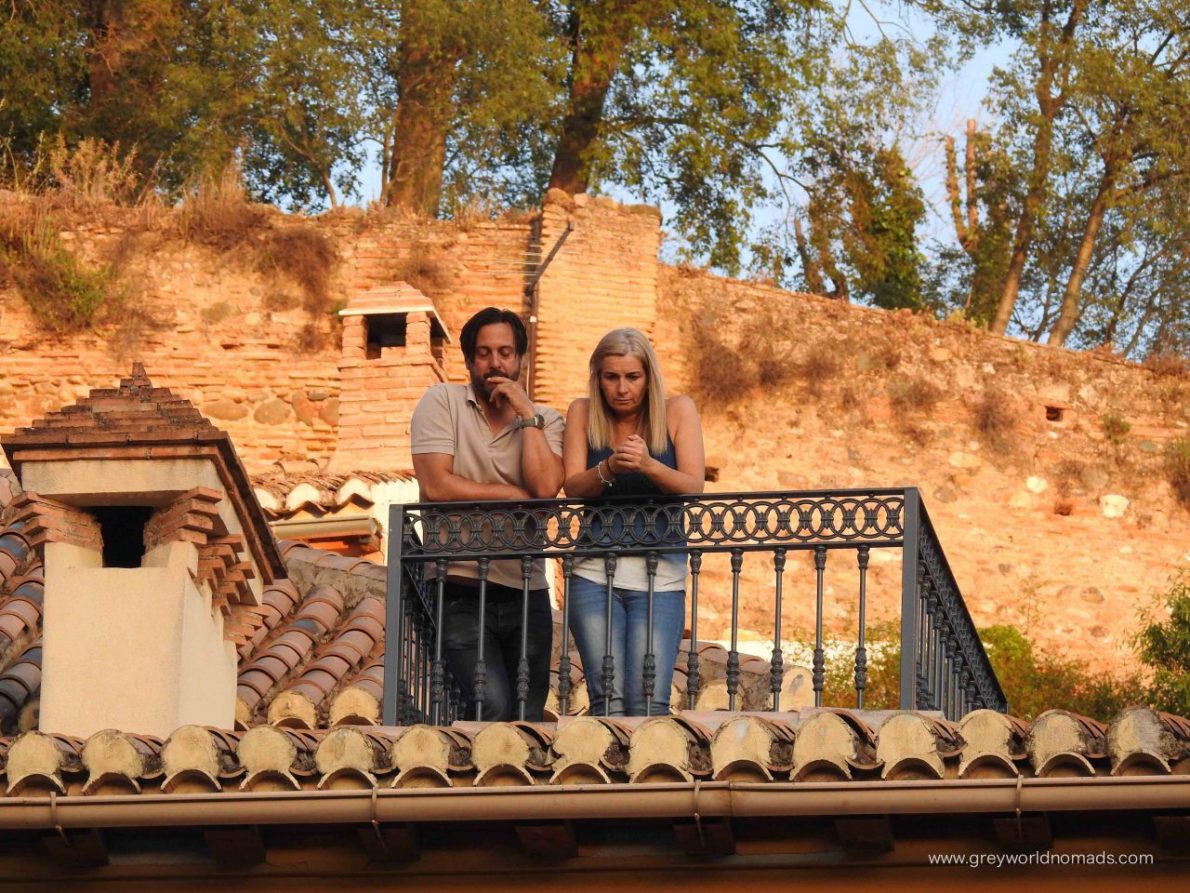 There is not much to fault about Granada. Obviously, a busy city like Granada has its share of beggars, gypsy women wanting to read your future and pick-pockets. But city council could do more towards cleaning up their less touristy streets and to install public toilets in parks as the whiff of urine in some of them hangs heavily in the air.

What We Liked In Granada

We liked the lively squares with infinite tapas bars and restaurants filled with street musicians and artists, the mix of Arabian and Spanish culture and the stunning setting of Granada in middle of the Sierra Nevada mountains.

What we’d do better on a future visit to Granada

How To Get To Granada, Spain

You can fly to Granada, but it’s usually quite pricey. Málaga to Granada is only 130 kilometers. It may be a cheaper choice to fly to Málaga instead. Rental cars and public transport are available and the drive is beautiful. If you rent a car, you should read our rental car guide first, to avoid a nasty experience as we had.

Helpful for your Spain travels:

Our Further Experiences In Andalusia, Spain

Visiting Granada, Spain, you’ll hopefully have the opportunity to tour further parts of Andalusia. Here you find more inspiration for your itinerary: 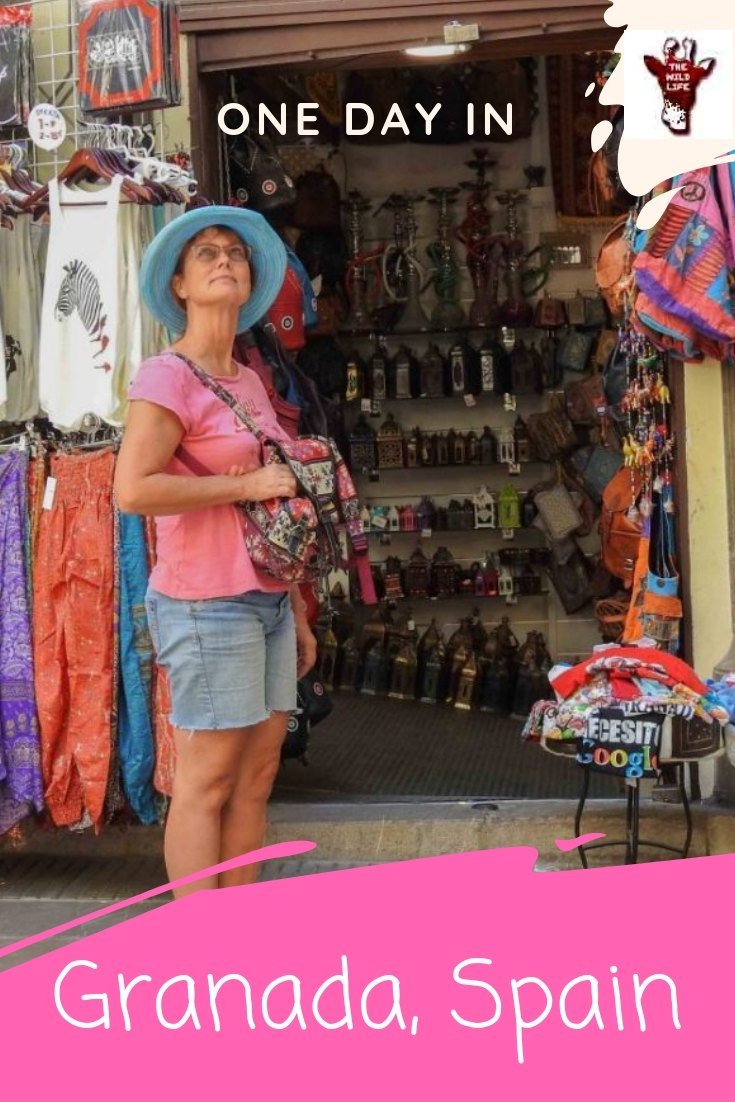